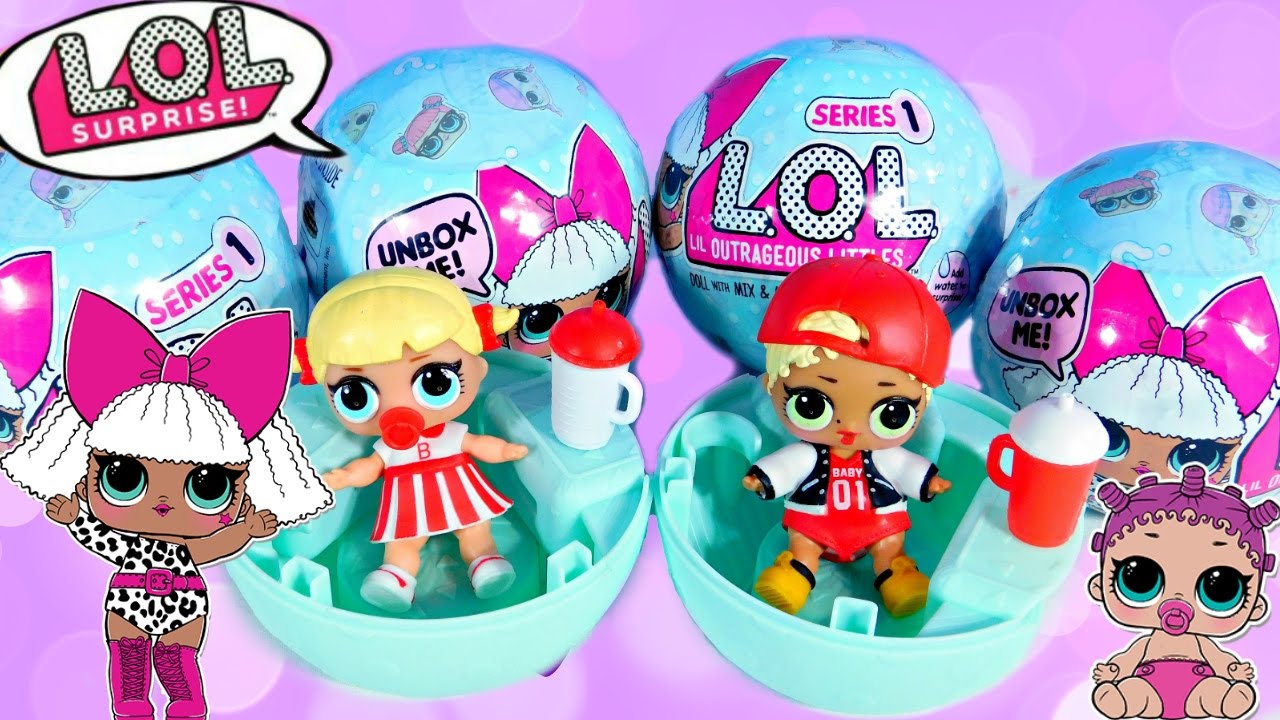 Have you heard of L.O.L Surprise! dolls?

Not since I caved and bought Poopin’ Pup and a 5 pack of Hatchimals have I felt this much of a failure as a parent. Let me explain.

My 5-year-old daughter is obsessed with “unboxing” videos on YouTube. She told me she wants to have her own YouTube channel and become a superstar on the internet. I pulled a face I cannot express adequately using words. Now before you start heaping shit on me for this, I do not think YouTube is bad. There are some extremely talented creators out there, and one of the most successful channels on YouTube is actually a couple of friends of mine. They have worked their butts off and made a career out of it, but she’s five. I don’t want to encourage her to try and become famous.

The thing is, I think she would CLEAN UP if I put her on YouTube. She’s got a hilarious personality, is cute as a button and is not shy at all. I just don’t want her targeted by trolls or paedophiles. I’ve seen enough bullshit on the internet myself to just not want to got there. But that doesn’t stop her from wanting to video every single task she does in life, from brushing her teeth to reading her latest book.

Anyway, she’s become obsessed with these little things called L.O.L Surprise! Dolls. And she wants to watch them on YouTube all the fucking time. Now of course I try and manage this appropriately, after all, she’s only five. But sometimes as a little treat, I cave. She’s spent loads of time watching Kinder Eggs being unwrapped, so I thought at first glance these little toy balls were relatively safe to view. I made sure she was on the kid’s version of the app and let her watch away.

THIS WAS MY FIRST MISTAKE.

She slowly became obsessed with these balls to the point of discussing which one she would like to get when I finally got her one. She lost sleep because she was so excited about these flipping balls. So we went shopping today and bought a couple. One for her and one for her three-year-old brother. The newest additions are called LOL Pets.

And mere minutes into owning these balls, here are five reasons why I would like to murder the creators of this shit-house toy with my bare (now very sandy) hands. 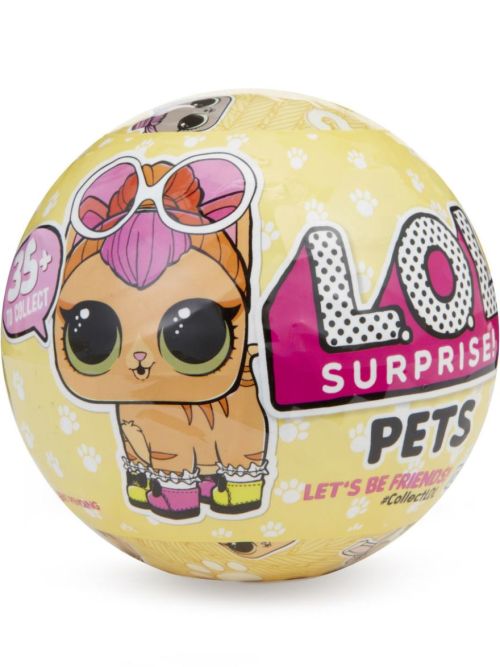 The ball of hell.

THEY ARE HIGHLY ADDICTIVE

Your kids are being brainwashed into enjoying gambling. The element of surprise might sound fun at first, but they they want to collect them all and do every new “season” and probably get really disappointed in the process. What if you get a double? “Buy another one Mum!” they cry. This is sick and should be illegal.

THEY ARE AN ENVIRONMENTAL NIGHTMARE

I have a beef with most kids toy packaging, especially when they are tied to a plastic shell with a million little plastic cable ties or twist ties. But these things really take the environmental prize for fucking up the world even faster. You unwrap seven layers of plastic to get to plastic accessories that leads you to a plastic ball which well reveal…. a plastic doll! Isn’t that plastastic!?

Here, environment, let me take a shit on you, one round pink turd at a time. Who needs polar bears and whales anyway, they are so hard to find and we are so god damned impatient these days! I like my rare and endangered animals drugged so I can pat them and within a 30-minute drive of an airport.

THE NEW ONES ARE FULL OF FUCKING SAND

Not only am I a shit human for allowing my kid to watch these videos and become obsessed with owning one, but I got to the party so late we are now to pets with a fucking litter tray full of pink sand! Jesus Christ! You have to dig the little accessories out of the sand for your new pet to piss and shit in. I shit you not. I wish I was kidding.

My son also ate a bit while I was busy bashing my head on the side of our house and now he will probably die of something terrible. And it’s ALL MY FUCKING FAULT. This stuff is now all over the floor, the seats, the couch and the rugs. 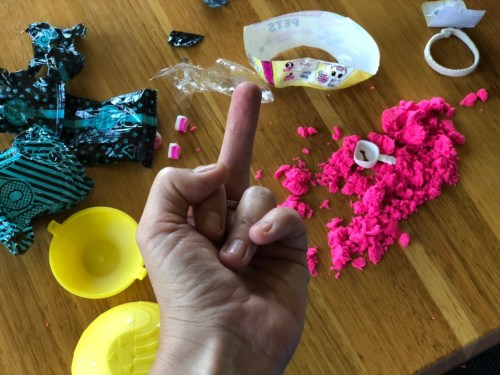 This has to be the worst value of any toy I have ever seen in my life. One small ball full of broken dreams and a life expectation is FIFTEEN DOLLARS. And don’t get me started on the mega ball you can buy, she’s already asked for that. Apparently, these became so rare at Xmas that people were flogging them on eBay for hundreds of dollars.

It is just expensive wrapping with a tiny toy the size of a McDonald’s Happy Meal treat inside it. And some poisonous sand.

L.O.L Surprises are made by the MGA Entertainment group, founded by BILLIONAIRE Isaac Larian. The same dude that created Bratz Dolls. And we all know how THAT turned out.

YOU WILL HATE YOURSELF FOR BUYING THEM

I would love it if the only toys my kids had was a marble tree and a couple of sticks. I would glue cardboard to their shoe soles if I thought it was going to make them a better person. But the fact is, since the invention of plastic, kids have gone WILD for crappy toys. I myself was a hard lover of plastic shit when I was a kid. Charmkins, Cabbage Patch Kids, LEGO, Sweet Secrets, Barbies, you name it.

I guess you could say we were less educated in those days, regarding what a colossal mess the overuse of plastic would create. Am I proud? No. Will she be getting another one? HELL TO THE FUCKING NO.

Fuck You to the bunch of sadistic assholes at L.O.L Headquarters, and especially Isaac Larian. This epic mindfuck should be illegal and I may even start a class action with my other brutalised mates to bring justice to this situation. 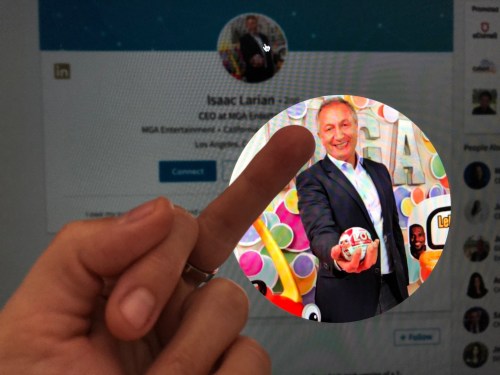 Get ready Isaac, this mumma is ANGRY!

NOT HAPPY JAN. Not happy at all. I’m going outside to play with some sticks.

This piece was originally posted as Fuck you, LOL Surprise! Dolls. 5 Reasons why you need to boycott these little bastard balls on FuckYouFriday.com.au. You can check out more of her hilariously awesome musings here.