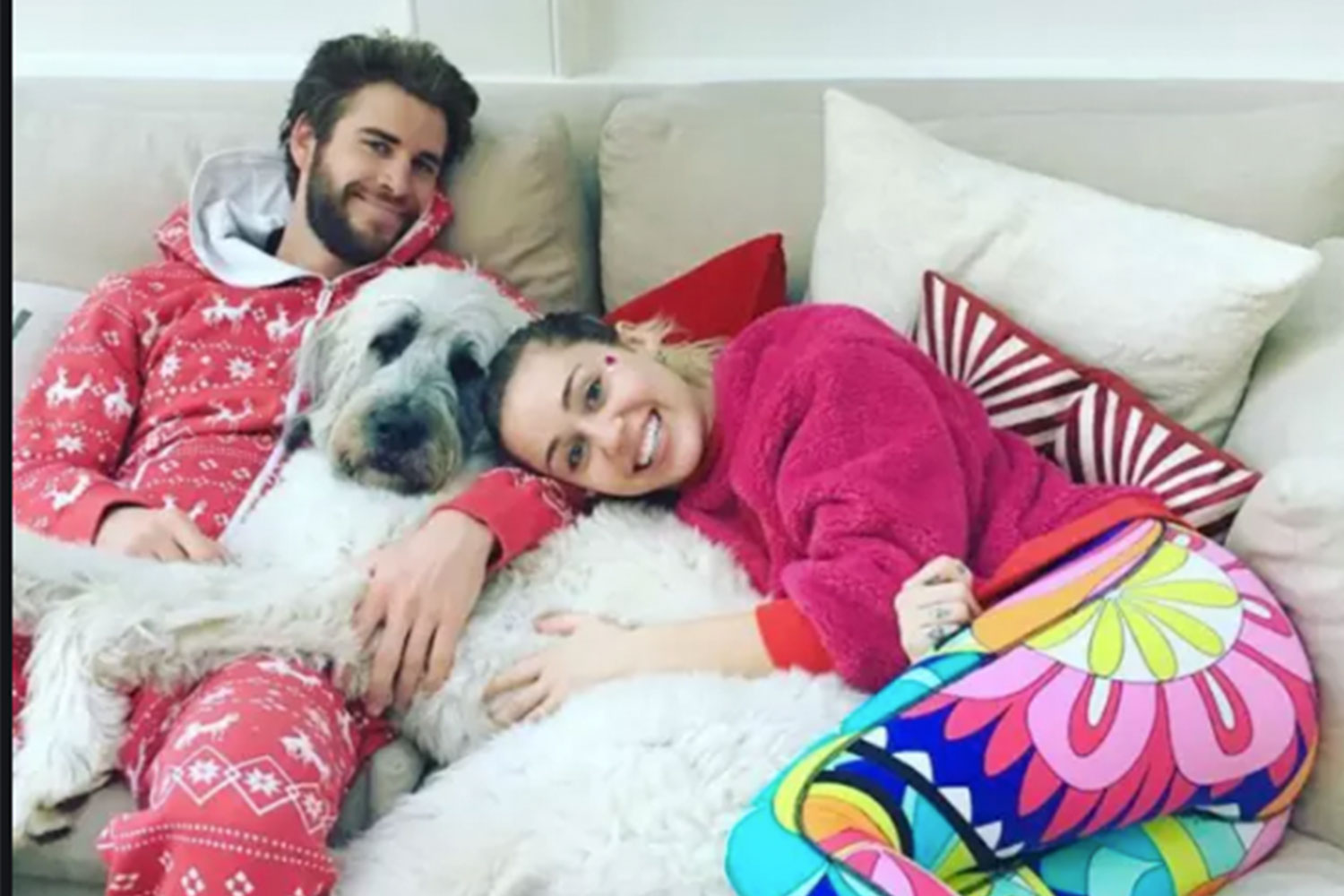 Who do you reckon should get the pets in a divorce?

Together for a decade, married for less than a year, Liam Hemsworth and Miley Cyrus have separated. We are all weirdly obsessed with this breakup, and TBH, we should have seen it coming. Our girl Miley is truly One Of Us, meaning that she chops her hair and loses weight when she’s stressed. The shaggy fringe back in April was a warning sign.

The break up between the insanely attractive pair means they’ll have to divide custody of their many pets. Up to eight dogs, four horses, several cats and a pig (or two pigs, depending on which gossip site you read). Firstly, who needs eight dogs when your job is International Famous Person™? How often are you going be home for 6pm walkies, realistically? Who’s keeping on top of the flea and worming schedule for that many animals? Don’t get me started on the pet pigs, which is just hipster nonsense. It’s a cute idea in theory and yes, I know, ‘pigs are super intelligent!’. Great. But you can’t just scatter some hay around your hippy LA mansion and hope for the best. They need special care. But maybe money takes care of most of that. 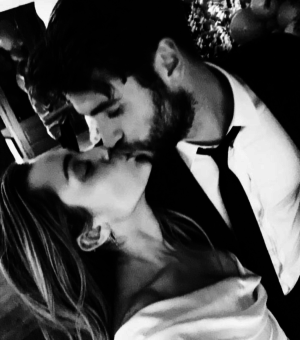 I don’t doubt Miley and Liam are responsible pet owners, or at least, they have people they pay to be responsible in their frequent absence. They’re obviously very attached to their menagerie, because there are already whispers of a heated custody battle between the actor and singer. People who call them ‘fur babies’ will tell you their pets are like children, and the care arrangements can be just as complicated if the parents separate.

In the case of Liam and Miley, I would ask, who’s picking up the pig poop, guys? Because whoever deals with the crap should get first dibs at full custody. Or the person who can more easily take time off work when the pets get sick. I’ve known couples where the person who initiated the split offered the dog as a consolation prize. You can’t ask the animals to choose, that’s for sure, because they’re not that smart. ‘Let’s both walk over here and just see who the dog comes to.’ That’s a trap. Dogs will run to whoever smells like they’ve most recently been in close proximity to ham.

I faced the pet custody issue when separating from my ex-husband and tried to make the call in terms of logistics. Who paid for the cat? (Me) Who brushes the cat? (Him) Who feeds the cat? (50/50) Who remembers vet appointments and administers eye drops? (Me) Who does the cat love most? (Him, damn it). But with celebs who have assistants to take care of the day-to-day animal admin stuff, these lines are blurry. 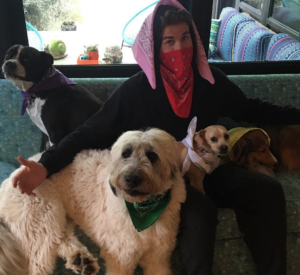 Liam and some (not all) of his puppy posse
Image: Instagram @liamhemsworth

Apparently Miley is keen to co-parent with Liam. Will they use the Maccas meeting point like other co-parents and swap leashes instead of kids with backpacks? You’re in for years of uncomfortable handover chat with the ex this way. ‘How was the traffic?’ ‘Yeah fine, Frank had his head out the window the whole way.’ A 50/50 split rarely works IRL with pets. You can’t swap over a damn horse in a carpark and who’s going to try to force a bunch of cats into going on a ‘dad weekend’? But since they likely have the resources to manage these details, we shouldn’t worry too much about the fate of the small zoo they’ve accumulated.

As seasoned gossip lovers will know, pets can be a war weapon in celeb breakups, and there’s often an implication that whoever parties the most cares the least. Miley will no doubt get grief for spending her post-split days hashtagging designer bikinis on a yacht instead of lying around at home taking spooning selfies with the moggies. I doubt Liam will face the same jury, because ‘hot dude + dog’ usually cancels out any misdeeds. Wait for the carefully timed pap photos of a ‘relaxed and happy looking’ Liam walking his beloved pooches around LA to show just what a responsible pet owner he is.

What does all this mean? Probably that breakups are sad and the fallout is always worse than you expect. The decision to split from a person can often be an easy one, in the end, but letting go of an animal you’ve raised together breaks the heart in a different way. Often there’s no right or wrong choice and you just feel like a pet is ‘yours’ more than ‘theirs’ or ‘ours’. In that case, as owners, you usually both know the answer and can say your goodbyes accordingly. I got the cat. May these two remember what matters most to these animals is a safe home with happy parents, and that introducing the fur children to the new girlfriend or boyfriend is the real test.