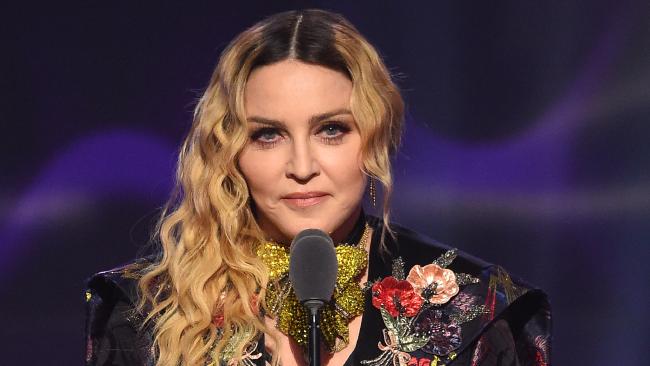 Madonna’s Billboard acceptance speech had a room full of women in tears!

Madonna was just named Woman Of The Year at the Billboard music awards for her cracking year, including the fact that she is now the highest grossing female touring artist of all time. It’s no surprise really…she’s MADONNA! But what was surprising was her story.

She started her speech with her characteristic wildly inappropriate humour (that we all love so much!) and had the crowd eating out of the palm of her hands. Then she recounted her early days trying to make it as a respected female artist…she disclosed that she was raped among many other awful things.

She also described the many moments she was criticised, bullied and harassed. Her speech was brutally truthful and incredible powerful. There is no doubt her experience was heavy back in the day. She carved the way for so many women to be able to express themselves and feel comfortable with their own sexuality and clearly it didn’t come without a price. She is a real hero and role model for so many of us.

I have never heard Madonna talk like this…and I for one am so thankful that she had a moment to say all of this out loud. It can’t have been easy. It doesn’t matter what industry you’re in…women aren’t equal to men. We know that for a fact, but what we do know is that women like Madonna saying a big ‘fuck you’ will encourage other women to say and do the same. Together we are more powerful and lady Madonna is perfect proof of that.

And PS…if you haven’t seen her Carpool Karaoke with James Corden, you MUST!