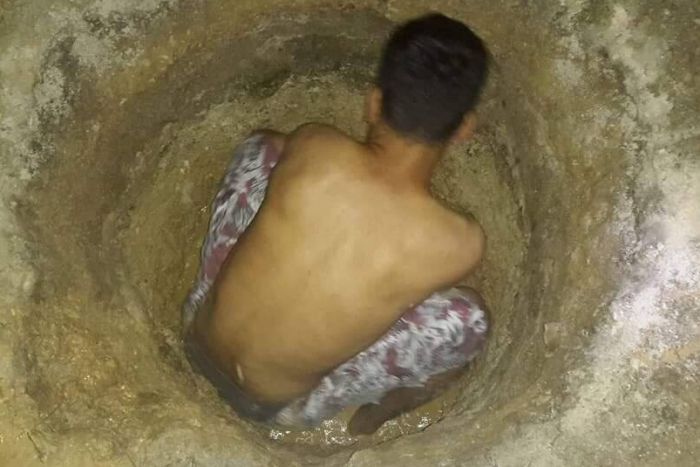 Do you know what is happening on Manus Island?

The Australian government’s treatment of asylum seekers is nothing short of completely inhumane. At what point did they start thinking it was okay to treat people who came to us for help like they were dirt on our shoes? These are people with families, dreams and hopes for a better future. People who have been through trauma that many of us could not even imagine; trauma that the our government continues to not only ignore, but add to.

Today, photos were released of men digging holes on Manus Island detention centre in search of a water supply. 606 refugees have had food, water, medicine and power supplies cut off. Many of these men with existing mental health problems have just had their medication cut off. There is no sewerage and toilets are overflowing. They have been collecting rainwater in bins hoping it is not too contaminated to drink. It is beyond horrifying that we would treat human beings this way just because they tried to seek asylum. 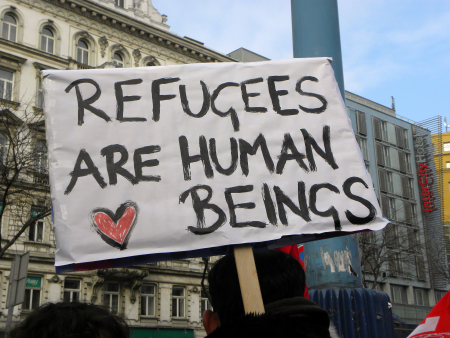 Why is this happening?

On Tuesday, Australia closed one of it’s off-shore refugee processing centres on Manus Island in Papua New Guinea. 606 refugees have refused to leave for fear of being attacked. While the men are meant to be moving to three other centres on the island, their fear for their safety is a genuine concern after PNG’s police chief and Australia’s acting Prime Minister Julie Bishop stated that they will not guarantee the men’s safety if they leave. 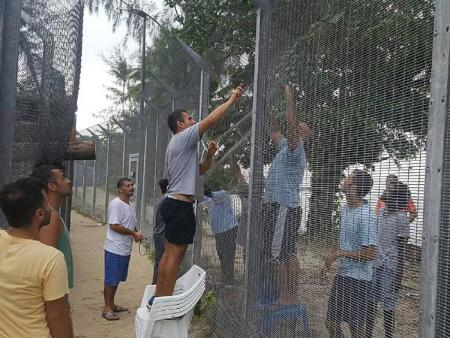 In the past four years that Manus has operated, there have been documented cases of physical and sexual abuse at the hands of centre security. Mental health issues are prevalent, evidenced by attempts at self-harm and suicide. Six asylum seekers have died while under care on Manus Island. PNG soldiers have previously fired bullets into the centre because they were drunk. Refugees have allegedly been robbed and stabbed by locals, who are extremely hostile at having the refugees there.

Refugees are repairing damaged barbed wire on the compound’s perimeter fences, created by locals looting, to protect themselves from possible attacks as tensions between the refugees, locals and Papua New Guinea authorities is heightened. They have had all supplies, including food, medicine, power and water cut off as of Tuesday. The security company paid for by Australia have left.

The detention centre was closed after the court ruled last year that Australia’s detention of refugees and asylum seekers there was illegal and unconstitutional.

Of the 606 men on the island 440 have already been deemed legitimate refugees, which means Australia acknowledges they cannot return to their country, but refuses to settle anyone that has arrived by boat. The United Nations High Commissioner for Refugees, Nai Jit Lam, earlier this week inspected two of the accommodation facilities the men are supposed to be moved to and said one is not ready, and advocates have said that up to 150 men would have to be left on the side of the road vulnerable to attack.

There are reports New Zealand may take in the refugees. Lawyers have said PNG may need to intervene to stop violence between the refugees and locals. Australia and the PNG are locked in a legal battle as to who is responsible for these men. The United Nations believes Australia is responsible.

How can you help?

Call your local MP, you can check who that is and get contact numbers here. It may sound daunting but explain in a calm voice you are concerned for the 600 plus refugees being detained on Manus island and ask them to support the evacuation of these refugees to Australia.

Call the Prime Minister’s office at Parliament House on (02) 6277 7700 where all calls regarding Manus’ asylum seekers are logged.

There are rallies being held nationwide for the refugees. On Wednesday 8 November, the Teachers4Refugees advocacy group has called a day of action in schools. Bring your signs and t-shirts reading #IAmWatching. You can get more info here.

Amnesty International and Refugees Action Collective are organising protests and rallies in various states around Australia this weekend. Check the state Facebook pages of these organisations for more info. 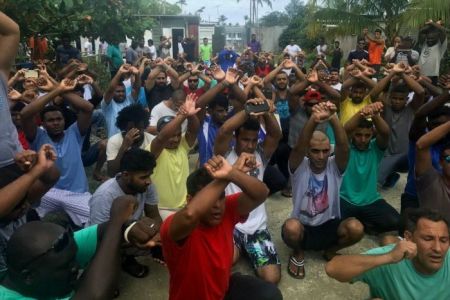 Refugees of Manus Island hours before the centre closes

The Asylum Seeker Resource Centre and the Human Rights Law Centre are currently fighting to support these refugees, including having all rights to supplies reinstated immediately.

You can support the Asylum Seeker Resource Centre here.

You can support the Human Rights Law Centre here.

Post on social media and talk to your friends about the situation. When we stop talking about human rights violations we allow the government to do whatever they like without accountability.

The United Nations has consistently slammed Australia’s treatment of refugees and it’s offshore processing. These men, women and children are not simply looking for a new adventure in a different location – they are escaping war torn countries and horrific trauma. Seeking Asylum is not illegal yet our country continues to treat those who seek asylum like they are criminals. We are not better than these people because of where we were born. The Australian government is completely out of line in it’s treatment of these refugees. We must stand up and say they do NOT represent us. We are better than this.

Have a listen to Sam Wood talking about the loss of his mum when he was 15 and the birth of his beautiful new baby girl, Willow, below. Head here to join our podcast so you can listen to every episode of Show+Tell Radio and our fab On the Couch chats.