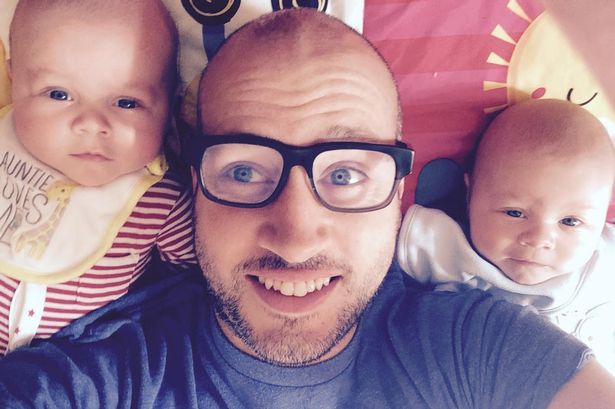 Parenting little ones ‘aint all rainbows and skittles that’s for sure. If we’re really being honest, mostly it’s poo, exhaustion and hanging for bedtime to roll around.

UK comedian Sam Avery , who has twin toddlers, has made a list of the eight things he hates about parenting, and I relate to a few of them. That’s a lie, I relate to all of them. And if you’re a parent, I guarantee these points are going to make yell out ‘yessssss, me too!!!!’

Of course there are loads of awesome things about being a parent too, but we all know that and it’s not nearly as funny. 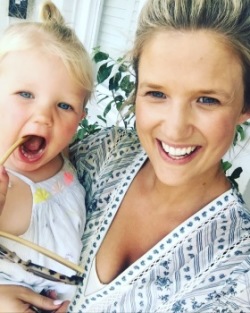 Who knew this teeny tiny person would become the boss of me?

You’ve had a shit day in work. You’re tired, frustrated and on the brink of snapping. All you want to do is lie on the couch with a glass of wine and enough chocolate to make Augustus Gloop blush. But you can’t because you’re a responsible parent and despite technological advances babies still can’t bath themselves.

2.THE LACK OF SLEEP

Sleep feels like a hobby I used to really enjoy but have recently drifted away from. Like skiing, I’ve still got all the gear but never get the chance to use it these days.

3.GETTING FATTER AND FATTER

When I’m tired my resistance to sugary shite disappears like a fart in a wind tunnel. But it’s not just sweets – finishing off their meals, eating double choc chip cookies at 3am while sobbing in the kitchen in my undies, or just doing fuck all exercise for the last 19 months – I’m piling on the pounds like an actor who’s been cast for the live-action role of Mr Blobby.

4.  CONSTANTLY WORRYING ABOUT THE WORLD

The world is TERRIFYING. It always was but before I was a parent I didn’t notice or care. Now that my kids are here it feels a lot more real and immediate. From racial hatred to climate change, nuclear war to Donald Trump, I’m gonna buy a job-lot of cotton wool to wrap my kids up in.

5.  YOU’VE GOT NOTHING ELSE TO TALK ABOUT

What did I talk about pre-kids? Was I a mute? Even on the rare occasion when the wife and I get out for a meal we spend the entire time talking about them. (Which is really nice unless you’re with someone who doesn’t have kids and they couldn’t give a flying fuck about your son’s first smile and how wonderful it made you feel.)

What did I talk about pre-kids? Was I a mute?

I still have the odd glass of wine but I’m talking about proper drinking. The kind where you start so early you’re dancing to the National Lottery theme tune when your taxi arrives. Even given the chance to do that now I’d end up in bed by 8.30pm due to my alcohol tolerance dropping lower than a grasshopper’s ballbag.

7.HAVING NO NICE CLOTHES

I’ve got two nice shirts and neither fit me. (See point 3.) The rest of my stuff is stained like a peep show floor. Worse still, I don’t even CARE. If my standards continue to plummet at this alarming rate I’ll be wearing Crocs before Christmas.

Once you’ve bought all the initial gear, babies don’t cost that much week to week. But ours are now in nursery two days a week and growing quicker than Super Mario after one of those weird mushrooms and these days I can’t afford basic essentials like new trainers and Amazon Prime.

Which of these points do you most relate to?