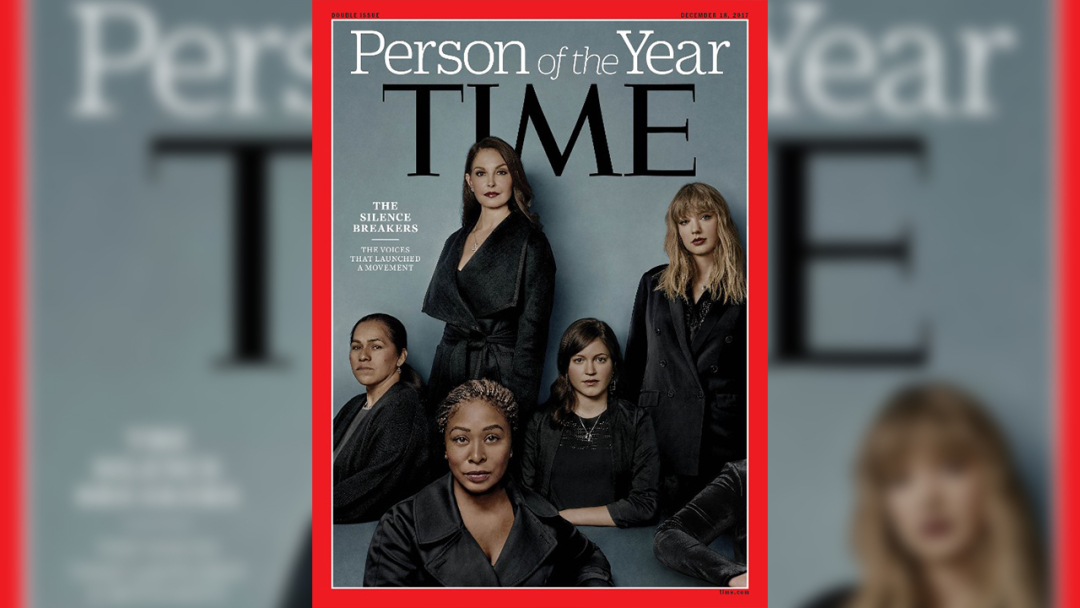 Time announced its Person of the Year

When the stories of Harvey Weinstein started to break earlier this year it seemed almost unbelievable that he had been able to behave so badly for so many years. Why had Hollywood remained silent for so long? As one brave woman after another came out with horrific stories of abuse and sexual harassment, it became obvious that this was not just a story about Hollywood. This was much, MUCH bigger. This was about the systematic abuse of women across the globe that has been happening for centuries.

The year did not start off well for women. A man who claimed to “grab women by the pussy” just because he could, became the President of the United States. The response was swift with the Women’s March in Washington becoming the biggest inaugural protest in history.  There were similar women’s marches across the world. It was obvious we had had enough. 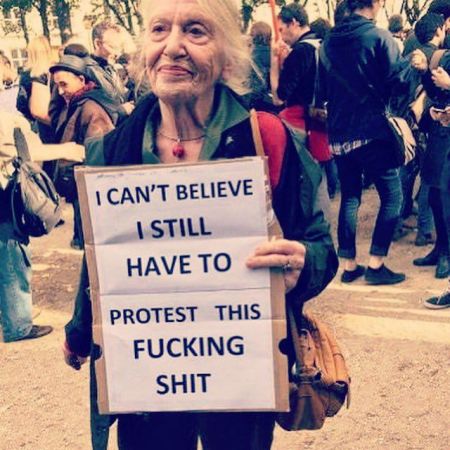 Actress Alyssa Milano started a social media phenomenon encouraging women to share their stories with the hashtag #MeToo: “If all the women who have been sexually harassed or assaulted wrote ‘Me too’ as a status, we might give people a sense of the magnitude of the problem.” She woke up 11 hours after typing that status to 32,000 responses and the hashtag has since been used millions of times in 85 countries. I too made a #MeToo status, afraid I was oversharing, about a man trying to make me grab his penis when I was just a child. I was so afraid of the response but was completely supported by both the men and women in my life. In the days following, more and more incidents came rushing back that I have shoved aside and pushed down, trying to pretend they were nothing.

Writer Tara Moss shares her experience with sexual assault in the podcast below. Head HERE to subscribe.

Each and every day another woman has spoken out in the media about powerful men taking away their power. There is the incredible list of women who detailed abuse and rape by Harvey Weinstein and in Australia, the women terrorised and abused by TV star Don Burke. Suddenly there was nowhere for these men to hide. Women were speaking up everywhere and finally being heard.

Time Magazine just announced its Person of the Year for 2017 and it is utterly BRILLIANT. This year belongs to ‘The Silence Breakers’. The brave women who have spoken up first and made it easier for others to follow; women who have stood up from all different industries and walks of life. Famous women and women who do not want to be named.

The cover included celebrities such as Taylor Swift, who recently sued a radio DJ for groping her, and actress Ashley Judd – the first high-profile woman to speak out against Harvey Weinstein. The cover also includes Uber engineer Susan Fowler, whose revelations sparked a tidal wave of change at Uber, Adama Iwu, a lobbyist and activist who organised 147 women to expose sexual harassment in the Californian government and Isabel Pascual (a pseudonym to protect her family), a strawberry picker originally from Mexico who spoke out about her harassment. The cover also includes an elbow of a woman whose face is not shown to acknowledge all the woman who can’t speak out due to their livelihoods and families being threatened. 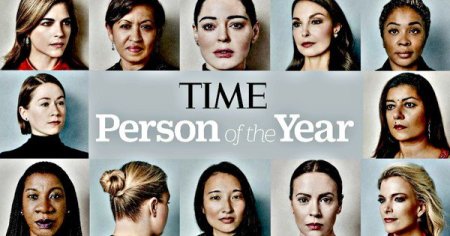 There are many others, including Alyssa Milano and Rose McGowan, acknowledged in Time’s cover article who have bravely spoken out:

“This reckoning appears to have sprung up overnight. But it has actually been simmering for years, decades, centuries. Women have had it with bosses and co-workers who not only cross boundaries but don’t even seem to know that boundaries exist. They’ve had it with the fear of retaliation, of being blackballed, of being fired from a job they can’t afford to lose. They’ve had it with the code of going along to get along. They’ve had it with men who use their power to take what they want from women. These silence breakers have started a revolution of refusal, gathering strength by the day, and in the past two months alone, their collective anger has spurred immediate and shocking results”

I am so bloody proud of the sisterhood. We will keep fighting for our daughters, our sisters, our colleagues, our friends. Thank you silence breakers. Together we are powerful.