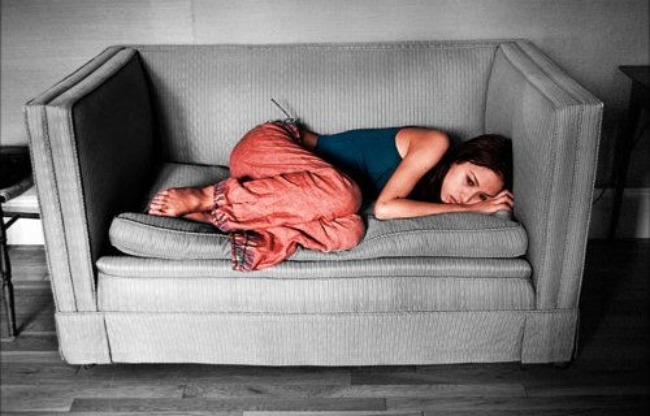 How do you know if you’re in an abusive relationship?

The author of this piece wishes to remain anonymous.

I was in an abusive relationship.

It’s funny; I spent almost 2 years talking myself into believing I wasn’t. And now that I’m out of it, I want to scream it out to the world at the top of my lungs.

I’m your typical middle class 31 year old – I went to an all-girls Catholic School; my best friends are still the same ones I had at 13. I grew up in a beautiful house with a swimming pool, went to Uni, lived in London and then returned to get a job in my profession, Marketing.

Tom, my partner, is your typical middle class 29 year old – he attended a Private boys college; his best friends are still the same ones he had at 13. He grew up in a beautiful house, went to Uni, lived in America and then returned to get a high paying and well regarded job in his profession, Construction.

Together, we were an image of happiness – the perfect couple. And we were; for the first few months. I’ve never fallen in love so quickly before; there were roses, dinner dates at expensive restaurants, presents, romantic surprises, the works. We moved in together in a hurry; we were in love.

Looking back I can recall the red flags so easily – at the time I only saw them as minor incidents in an almost idyllic relationship. Almost.

The first time he bent back my finger was after a big night out. The next day it was terribly swollen. It stayed like that for months. I remember going to see a psychologist after the incident, to which I asked him what I should do. “Get out now. Get out and never go back”. At the time I thought that was mildly inappropriate. Shouldn’t he be guiding me in ways to deal with our relationship issues rather than giving me such direct advice? It turns out this particular psychologist had mostly male patients – abusive men with drinking and anger issues. He knew what he was talking about. I didn’t take his advice.

After the ‘bending the finger back’ incident; after I forgave him and stayed, the lines became more blurred. My laptop was often slammed on my hands in anger. I was spat on. Water was poured on me frequently during disagreements. He would bite me. And my fingers were bent back on several more occasions.

Slowly I began to morph myself into the girl Tom wanted me to be. As a tall girl who grew up with four brothers I always dressed more like a tomboy than a lady. I worked at Stussy during my University days where I dressed mostly in mens’ shirts and baggy pants. While dating Tom I started wear pink stilettos, tight jeans, low cut tops. I lost weight. I started running everyday so my bum could look like that of a 21 year old. I became insecure; I was a shell of my former self.

To be honest, I actually don’t recall the final months of our relationship too well. I do however remember being frequently dragged out of bed after he had been out drinking. He would come home drunk and would start an argument, or I would, because he hadn’t answered my calls for the past 6 hours whilst he was “out with the boys”. I would have to drive to my parents in the middle of the night, in a daze. I would sleep on the sofa. I would cry myself to sleep. He would grab my throat frequently during our final months together. He would grab me so tightly around the neck that I couldn’t breathe. He never hit me. A boy of Toms’ status wouldn’t hit a girl. That would be abuse.

The saddest part of my story is that I didn’t choose to leave. The neighbours called the police one night after hearing my screams – I thought he was going to strangle me to death. The police told me I couldn’t stay with him in the house that night. They pleaded with me to press charges before I left. I didn’t. I drove to my parents’ house and told my Dad everything. Only because I knew he wouldn’t let me go back. I woke up and regretted it terribly.

Today I live with my friends in a lovely house in a lovely neighbourhood. I am happy. I wear overalls, sneakers, baggy boyfriend jeans and men’s shirts. My pink heels are in a box somewhere at my parents’ beautiful house with a swimming pool.

Have you had to leave an abusive relationship?