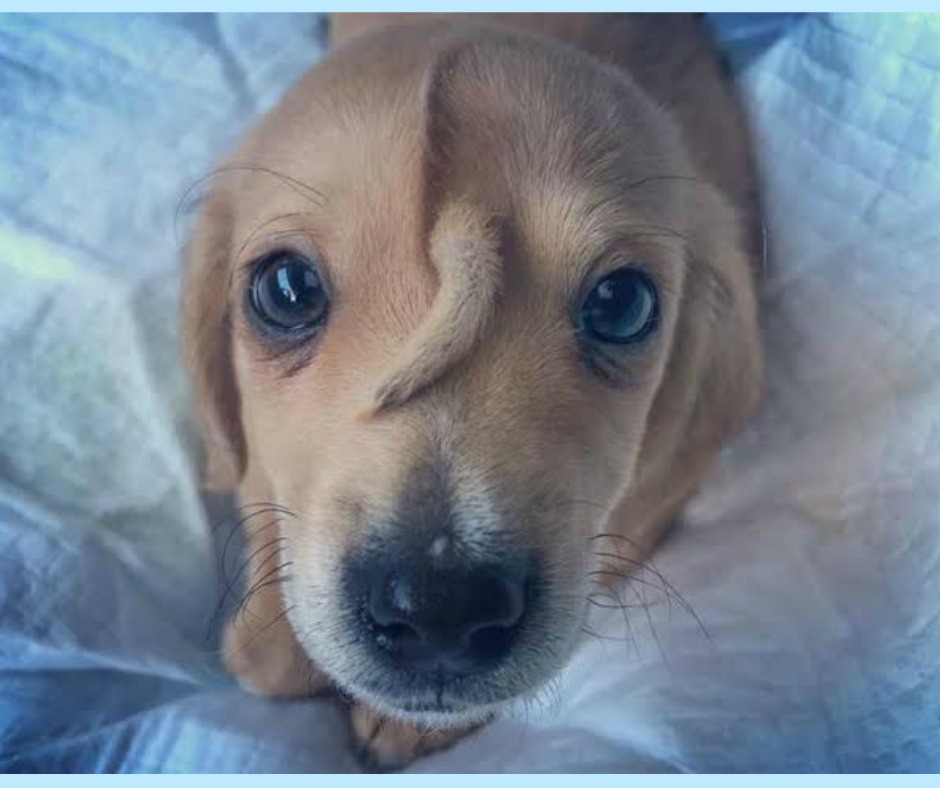 This pooch with an extra tail on his head is EVERYTHING

There’s no denying that one of the cutest things on the planet is a puppy… and we may just have found the most adorable of them all.

Narwhal isn’t your regular dog – he’s got a layer of extra specialness in the form of a SECOND tail that has set up camp ON HIS FOREHEAD. Like, in between his eyeballs. Take a look…

Missouri-based animal rescue organisation, Mac’s Mission, took this gorgeous little guy in after he was abandoned at just 10 weeks old. Founder, Rochelle Steffen, says that Narwhal’s tail doesn’t seem to bother him and that “he never slows down, just like any normal puppy.”

Annoyingly, Narwhal’s extra appendage doesn’t wag like the standard butt tail because it doesn’t have bones inside, but it sure is bloody cute and has made him a legit celeb. The team over at Mac’s Mission, who rescue dogs with birth defects as well as those who have been abused and injured, are more than happy with the limelight little Narwhal’s been given since going viral. The good people who work there are hopeful his celebrity status will draw attention to their cause, which is to help all their dogs find loving, forever homes.

Brian Heuring, the vet who examined Narwhal (named after the whale species with a single unicorn-style tusk) isn’t 100% as to what caused the extra tail to develop, however believes it could be a result of ‘canine fetal absorption’. This condition is said to occur in roughly 10 to 15% of foetuses, where a puppy ‘dissolves’ in the womb and its remains are taken in by its mother or sibling.

No matter what the case, Narwhal is healthy and lovin’ life. He’ll remain at Mac’s Mission a little while longer and certainly won’t have any problems finding a new home, with heaps of people interested in adopting him.

Have you heard our chat with the gorgeous Sally Obermeder? It’s raw, emotional and bloody hilarious all at once and we reckon you’ll love it. You can listen in below, then head here to subscribe.