Do you think a friendship will survive if you don’t like your friend’s partner?

Keeping up with the Kardashians is BACK tomorrow night and I will HAPPILY admit that this is like Christmas Eve for me. I know, I know, it’s no Q and A, but I love the escapism into their world of craziness. I can totally switch off from my own life and jump into a world of problems that are very far removed from my own – BUT, Season 12 poses a dilemma that I can identify with. A very real situation that ended a strong friendship in my own life.

The trailer for the new season features the elusive Rob Kardashian, who has recently become engaged to rapper, Blac Chyna – and his sisters ain’t happy. There is such a long-winded story behind this and to save my fingers from RSI typing it all again, you can read about it here. 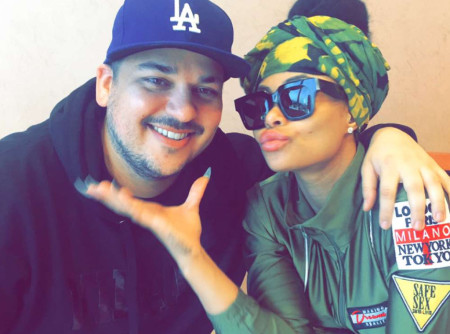 Anyway, years ago my friend Jacqui (not her real name obvs) started seeing a guy named Michael (also a fake name). From the minute I met Michael, I didn’t like him and as time went by, my dislike for him grew stronger. I didn’t like the way he spoke to her – he ordered her around like she was his personal servant and watching her pander to his every request made me furious. On the occasions we did go out and he’d had a few drinks, he was a total moron. I used to hate when she’d suggest we’d go out for dinner because after a few beers in, he’d be so rude to the waiters at our table that I found myself constantly apologising to them on his behalf.

I tried to talk to Jacqui a few times about him, carefully walking the tightrope between concerned friend and nosy boyfriend-hater, but she would always get defensive. Our friendship had always been so open and easy, but Michael was a no-go zone for both of us and it was the first time in our friendship that we’d hit a very real, and very hard, wall. Honestly, this guy was (and probably still is) such a total dick and he was just not good enough for my friend. She deserved so much more.

It all came to a head one night when a group of us were out and Michael, after a few drinks, called one of our friends a slut. Even if he’d said it jokingly it would have been bad, but this had anger and spite behind it. Jacqui didn’t say one word in defence of our friend. Not one. A few minutes later, I followed her into the toilets and confronted her. “Are you seriously going to let him speak to her like that?” I asked her. She turned to me, looked me square in the eyes and said, “C’mon Mel, we all know she is a bit of a slut.” That was it. Game over. The floodgates opened and I told her everything I’d been holding in. It was like a scene out of some kind of chick flick gone wrong, with shrieking voices, loads of tears and runny mascara. We both knew at that moment, it’d gone too far and our friendship was over. We parted ways and have never spoken again.

I think of her often though. I heard that she’d gone on to marry  Michael, and they had a few kids together and I honestly hope she’s happy. Do I regret our argument? Absolutely not. I know our friendship would eventually have fallen apart even if I’d never said anything – we both would have found some other reason for parting ways that wouldn’t have been the truth, so at least I know that this way, it ended with no bullshit.

It’s a tricky situation though, when a close friend or relative is with a  person your just can’t stand and don’t respect and I CAN’T WAIT to see how the Kardash clan get through this one.

Have you ever lost a friendship over a partner?