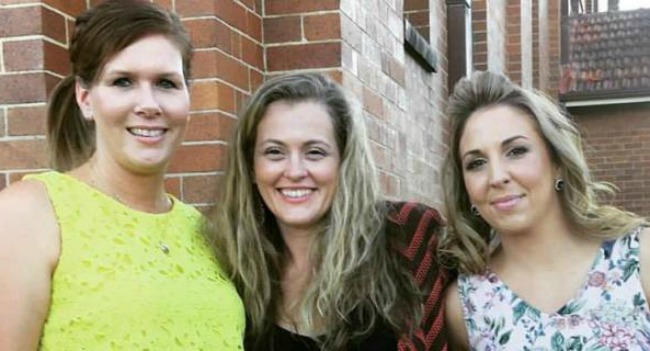 What happens to your friendships after a break-up?

When I broke up with the father of my children I was beyond devastated. The months that followed were some of the toughest of my life. Trying to navigate my own grief but also keep it together enough to manage my children’s. Every single day was a personal achievement when even getting out of bed felt like the hardest task in the whole world. Quite frankly it just bloody sucked.

In the haze of that time there were some amazing people whose support pulled me through day-to-day and then there were some people that completely shocked me by their absence. Recently when my friend broke up with her husband I warned her that her friendships would fall into three groups, which she has since confirmed is totally happening.

The friends that ALWAYS show up

There are some people in your life that no matter what happens they always show up. It doesn’t matter whether it makes them uncomfortable or sad to see you experience a shitty break-up, they value your friendship through the good times and the bad times. I’m lucky to have several close friends like this, the ones that actually picked me up off the ground (quite literally) and listened to me sob for hours. They never said ‘enough’ or ‘time to move on’. They just listened and offered their love and support without question. These friends are my heart and soul.

This is the unexpected and pleasant surprise of a break-up, the friends or acquaintances that shock you with their amazing support. The ones that maybe you speak to once a month or see at the school gate that suddenly show their support with a vengeance. My mother’s group used to catch up every now and then but I didn’t speak to them or see them like I did my best friends. I was a little scared of seeing them and putting on the ‘I’m ok’ face when I REALLY didn’t feel like that at all. Instead the girls banded together picked a night and cooked for me every Monday for months and months. They would just leave it on the doorstep so I didn’t have to make polite conversation when I was feeling like I could barely answer the door. Their constant genuine support was so appreciated that I’ve felt closer to them all ever since. They still pick my kids up from school and childcare if I’m working, and they never leave me off an invite even when I’m the only singleton amongst the couples.

The friends that disappear

This is the friendship that really hurts, the one that may initially offer words of support but slowly drift away. At the time it hurts because each day is already so hard that the betrayal of feeling abandoned by a friend as well feels almost too much to bear. Later down the track I’ve been able to look back and realise that my relationship break-down was a reflection of their fears and probably too hard to watch. I also think some people just don’t know what to say, so they say nothing.

A couple of years down the track I can say that, my kids, my ex and I are all in a much happier healthier place. Life really does move on but the landscape of my friendships have definitely changed. If you ever feel like you don’t know what to say to a friend in that situation, ‘how are you?’ is probably the best way to start, or a phone call at night because they are probably sitting alone. I promise you it will definitely be appreciated.

Did your friendships change after a break-up?

Zoe Foster Blake told us about the women that have helped her in her career and her strong female friendship. You can listen to that chat in podcast form below and if you like what you hear, come hang out in podcast land with us here.