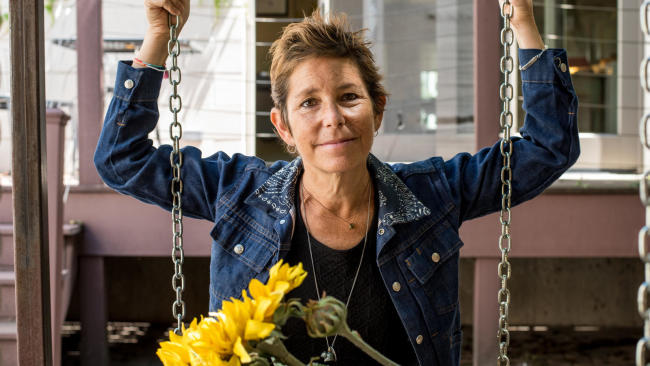 The most heartbreaking dating profile you’ll ever read

My own mortality is something I think about often. With a genuine fear of dying young, I am consumed with thoughts of how my family, particularly my children and husband, would cope when I’m gone. As someone who has lost a parent at a young age, I know the hole it leaves in your heart. I have watched my mum, who was only 47 when she became a widow, offer a simple and polite “no” when asked whether she wants to find a companion to spend her life with. In her own words she tells me: “I’m still married to your dad, even if he’s no longer here.” This makes me feel proud and sad and a million other emotions, but it also makes me determined to ensure my husband knows that I want him to move on if I am to die, especially if our kids are still little enough to learn to love – and be loved – by another woman fully and completely.

Amy Krouse Rosenthal is in my most feared position. She is a wife, she is a mother and she is a successful writer. At just 51, Amy is also dying of ovarian cancer. In one of the most heartbreaking pieces I’ve ever read, Amy has taken matchmaking into her own hands and written a beautiful article for The New York Times called You May Want To Marry My Husband; a final declaration of love to her adoring husband, Jason.

Amy knows Jason is a catch; after all, they’ve been married for 26 years. She also knows, with gut-wrenching clarity, that there will be no future years ahead for them. What Amy wants is for her beloved Jason, her partner in life, to move on and feel the fullness of love again when she is no longer here. In her own words, Amy writes:  “I want more time with Jason. I want more time with my children. I want more time sipping martinis at the Green Mill Jazz Club on Thursday nights. But that is not going to happen. I probably have only a few days left being a person on this planet. So why am I doing this?

I am wrapping this up on Valentine’s Day, and the most genuine, non-vase-orientated gift I can hope for is that the right person reads this, finds Jason, and another love story begins.” 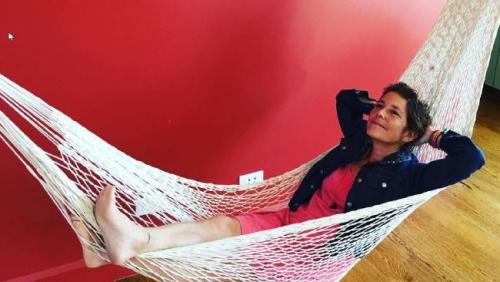 And so, we’ll hand it over to Amy, a woman who knows and loves Jason for the man he is, to tell you why he is the man of your dreams – and of hers.

The following list of attributes is in no particular order because everything feel important to me in some way.

He is a sharp dresser. Our young adult sons, Justin and Miles, often borrow his clothes. Those who know him – or just happen to glance down at the gap between his dress slacks and dress shoes – know that he has a flair for fabulous socks. He is fit and enjoys keeping in shape.

If our home could speak, it would add that Jason is uncannily handy. On the subject of food – man, can he cook. After a long day, there is no sweeter joy than seeing him walk in the door, plop a grocery bag down on the counter, and woo me with olives and some yummy cheese he has procured before he gets to work on the evening’s meal.”

Amy speaks of she and Jason’s love of live music, adding that there is no one else that their 19-year-old daughter would rather go to a concert with than her dad. She credits him as being an incredible father who, along with his many attributes, can flip a pancake like no other.

“Jason paints. I love his artwork. I would call him an artist except for the law degree that keeps him at his downtown office most days from 9 to 5. Or at least it did before I got sick. If you’re looking for a dreamy, let’s-go-for-it travel companion, Jason is your man. He also has an affinity for tiny things; taster spoons, little jars, a mini-sculpture of a couple sitting on a bench, which he presented to me as a reminder of how our family began.

Here is the kind of man Jason is: He showed up to our first pregnancy ultrasound with flowers. This is a man, who, because he is always up early, surprises me every Sunday morning by making some kind of oddball smiley face out of items near the coffeepot: a spoon, a mug, a banana.

This is a man who emerges from the minimart or gas station and says, “Give me your palm.” And, voila, a colourful gumball appears. (He know I love all the flavours but white.)

My guess is you know enough about him now. So let’s swipe right.

Wait. Did I mention that he is incredibly handsome? I’m going to miss looking at that face of his.

If he sounds like a prince and our relationship seems like a fairy tale, it’s not too far off, except for all of the regular stuff that comes from two and a half decades of playing house together. And the part about me getting cancer. Bloch.”

To say Amy’s words about Jason are beautiful is an understatement. In everyday life, where many of us focus on the negatives and often pick apart the things we don’t love about our partners or relationships, Amy has done the complete opposite. She knows how lucky she has been to have a man like Jason and there’s no doubt that he feels exactly the same about his darling girl. And there’s a lesson for all of us in that.

We send all our love and good thoughts to Amy, Jason and their children during this difficult time. What an amazing partnership these two have had – and when Jason finds a woman to share the rest of his days with, there’s no doubt it’ll be thanks to his incredible, first love, Amy.