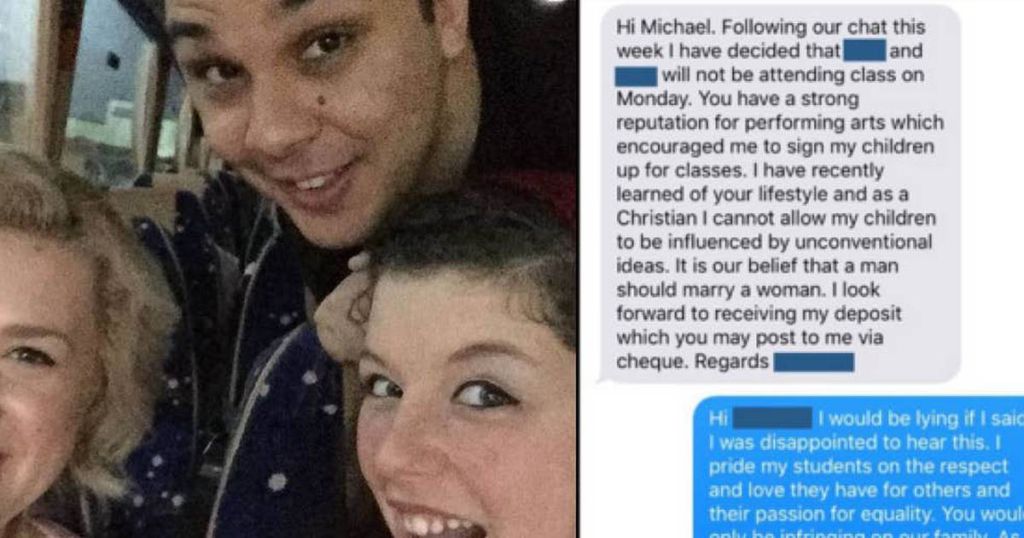 This teacher’s response to a student’s homophobic parent is GOLD!

Every now and then my mind is blown…and more often than not it’s when I hear stories like this.  As naive as this sounds, I am still genuinely shocked when people so comfortably and unashamedly admit they are homophobic. It makes my blood boil but mostly it’s scary to think that these parents are teaching their kids this rubbish and they too may believe it and repeat the cycle. But then again, when these things do arise they give opportunity for incredible things like this to surface…

Michael Neri, 26, is a UK based drama teacher and clearly bloody good at his job. He has an ace reputation…

But one day, Michael received the below homophobic text from one of his student’s parents, clearly he was shocked and insulted. The mother had said their children will no longer be attending the class because of his “lifestyle.”

She explains it’s because she is Christian and can not allow her children to be influenced by unconventional ideas. Also explaining that marriage should be a between a man and a woman, AND she would like a refund.

Michael texted back…and his response was so perfect I have read it over 10 times.

“As far as I’m aware, my sexuality does not effect my ability to teach, just like it wouldn’t effect a doctors’ ability to treat one of your children should they become unwell,” he wrote.

“I wish you luck finding an appropriate stage school that fits your needs … I hear stage coach is enrolling but [their] teachers have been known to wear mixed fabrics which I’m sure you’re aware is forbidden in the bible (Leviticus 19:19.).”

He then told her that there were no refunds, but he’d donate her contribution to an LGBT charity, Stone Wall, in her honor.

Check out the entire exchange that Michael posted on Twitter: 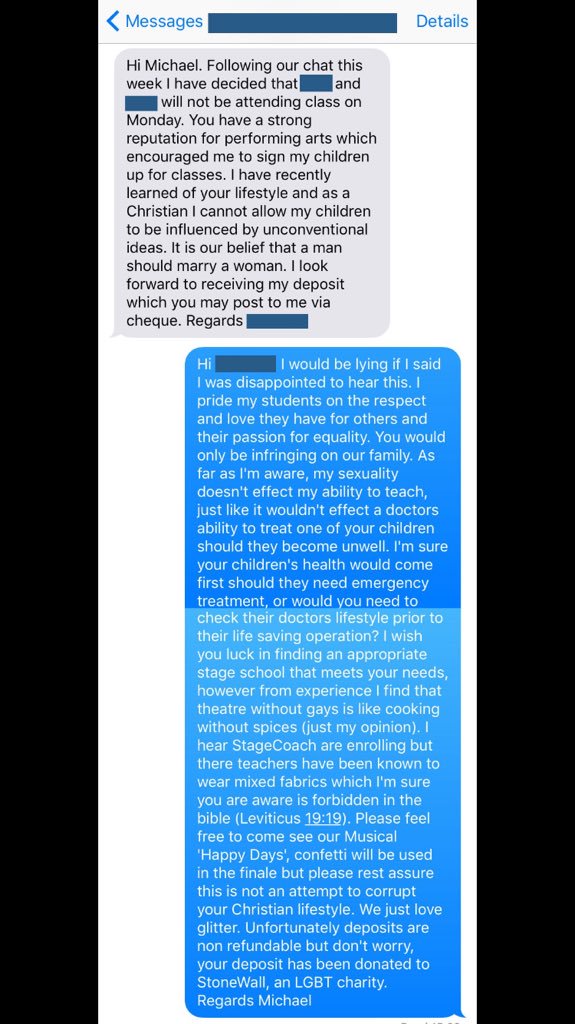 “You’re not homophobic, you’re an asshole.”