What is your proposal story?

I love a good proposal story. From the big, grand proclamations of love to the “I was sitting at home in my pjs” out-of-the-blue surprise, I love them all. I’ve said it before, but there aren’t many compliments that can top someone wanting to spend the rest of their life with you, because you are their chosen one.

When people are sharing their proposal stories, I always cringe a little inside because I know that eventually, someone is going to ask me how my husband proposed. My story was one of the most beautiful moments on my life, but it was also one of the saddest and I always feel that when I share it, everyone goes quiet and the mood plummets.

But I wouldn’t have wanted it any other way.

My husband (then boyfriend) and I had been together for five years. In the July of 2002, my dad was diagnosed with cancer. It was aggressive and it ravaged him at lightening speed. He was in and out of hospital several times and at the three-month mark, he had deteriorated to a point where leaving the hospital again was not going to happen.

Two days before my dad passed, his oncologist came into the room and told us that the cancer had spread and that he would be lucky to have two weeks left. My mum, who had been so strong the entire time, who did not leave the hospital once during his admissions, who slept on a chair next to his bed and even showered at the hospital, followed the oncologist out the door and while my sister and I held her, she begged him like a desperate child to save my dad.

In the moment we were out of the room, my boyfriend sat next to my father and asked him for permission to marry me.

He waited until we were back in the room and as I sat next to my dad on his hospital bed, my husband got down on his knee and asked me to marry him. In front of my parents and my siblings, in a room that was overwhelmed by the most devastating sadness, the man I loved asked me to be his wife. There was no screaming, no cheers, no laughter, just a quiet moment that remains one of my most treasured memories.

My dad adored my husband; he was my dad’s “dream man” for me. They were mates and they were family long before it was “official”. Four years before that night, my husband had given my dad a beautiful bottle of wine because he was a big wine lover. My dad put that bottle in his wine rack and told us that he’d open it the day we got engaged.

We were never able to open that bottle because the night after Mark proposed, Dad was mostly out of consciousness. At his funeral a few days later, we put that bottle in his coffin. We never could have opened it without him.

While my proposal story is a sad one, it is one I’d never change. Having the first man I ever loved and the man I had promised to love forever together in that moment was beyond special; it was sacred. 18 months later, when my mum walked me down the aisle on our wedding day, I knew my dad was with us. And I knew he was thrilled that we made it. 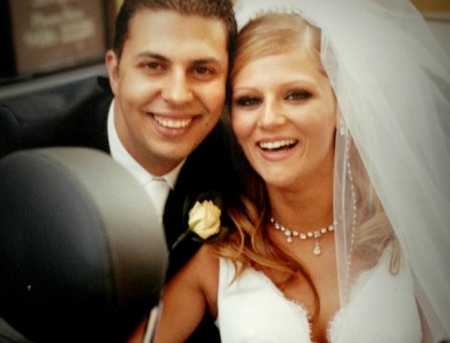 Tasma Walton shared her unique and beautiful proposal story with Monty On the Couch, a moment that left husband Rove McManus speechless. You don’t want to miss this one…