Do you remember Mr Cruel??

It has been 26 years since 13-year-old Karmein Chan was abducted by a man who terrorised Melbourne in the late 80’s/early 90’s. The man was dubbed Mr Cruel because he abducted and raped young girls. Karmein Chan was one of Mr Cruel’s victims who never made it home. The Police have increased the reward for information relating to Karmein’s murder to $1 million dollars.

I will never forget Mr Cruel because he stopped me feeling safe in my own home. I was 11-years-old when he raped one of my school friends who lived 6 doors down from me. He walked past my house, broke into her home, tied up her family and raped her for hours, including in front of her 7-year-old brother. He inflicted horrifying lifelong damage that one night.

I barely understood what sex was at 11 years old, so I couldn’t really get my head around what rape meant. I just knew my friend was front page news and that something very, very bad had happened to her. When she came back to school she was different, she was so damaged from having her innocence stripped from her. 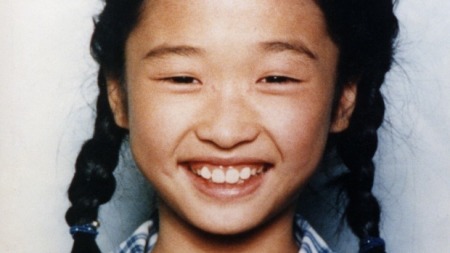 After my friend was raped, items of clothing  were being stolen off our clothesline. My clothes, not my brother’s clothes or mums or dads, just mine. They were found over the fence with semen on them. The police told my parents they suspected I might be a potential victim of Mr Cruel. My parents didn’t tell me this at the time but I felt their fear and I overheard their whispered voices.

Every single night for an entire year, I prayed not to be raped. In my 11-year-old mind I believed being raped was inevitable.

My parents took me out of school and sent me far away to stay with family friends to keep me safe, but I never felt safe again after Mr Cruel. He had broken my trust in the world and made me realise that my parents protection was not always enough. Before Mr Cruel I believed my parents were invincible.

Maybe the $1 million dollar reward will bring someone forward and lead the police closer to Mr Cruel. Even if they find him though, they won’t be able to give my school friend back her innocence, or a whole generation of girls who felt unsafe in their own homes for so long.

Do you remember Mr Cruel?