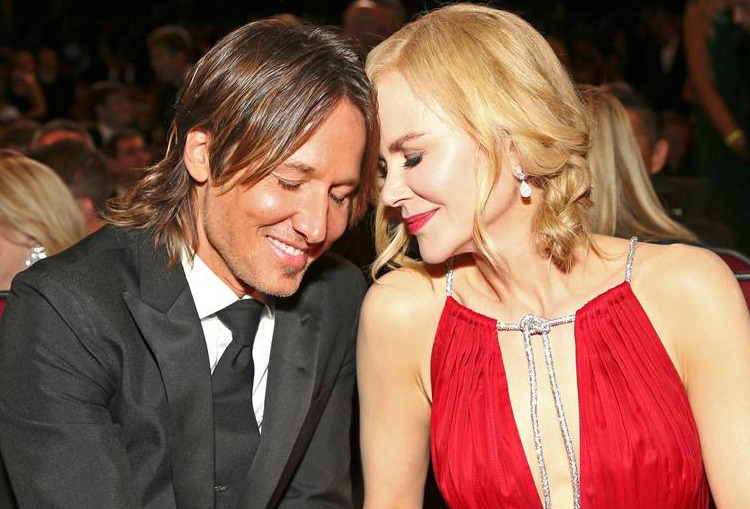 The marriage rule Nic & Keithy follow that we could NEVER do!

When Monty and I were having a chat about relationships a couple of weeks back, I casually mentioned that my husband and I tell each other to ‘get fucked’ on the reg. It’s never really said aggressively or in anger, but it’s just sort of become part of our banter.  Monty couldn’t believe her ears, because she and her partner Sam would never speak to each other like that. She told me that once she told Sam to shut up and he was devo’d. My husband and I would’ve gotten divorced yonks ago if that was the case. 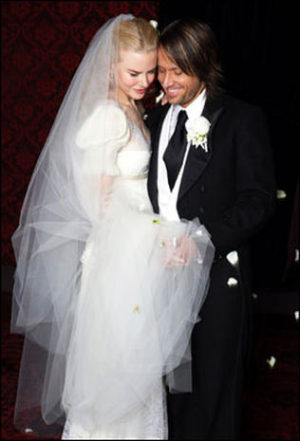 On their wedding day, 12 years ago

It’s really amazing how differently couples navigate their relationships to get to a place that works best for them. What a ‘successful’ relationship looks like can vary SO much from couple to couple, but the fact is, none of us are right. It’s like parenting really – as long as there’s no abusive behaviour, you love each other and all parties are happy, it’s never wrong. Just different.

Nicole Kidman and Keith Urban look like one of those couples who would stare dreamily into each other’s eyes while feeding each other organic grapes one by one at the dinner table. They look crazy in love. And I’d imagine Nicole’s never told Keith to get fucked either.

Australia’s sweetest couple (second only to Hugh and Deb) have just celebrated their 12th wedding anniversary, which is like a hundred years for such big name stars. Because I’m a sticky-nose who delights in other people’s business, I was THRILLED when I saw that Nicole has dished on the two rules she says make her marriage rock solid.

“We call. We’ve done this since the very beginning.

“The reason it started at the beginning was because I didn’t know how to text and it just kind of worked for us, so now we don’t. We just do voice to voice or skin to skin, as we always say.

“We talk all the time and we FaceTime but we just don’t text because I feel like texting can be misrepresentative at times and I’ve had the thing were I re-read texts and I’m like, ‘what does that mean?’ and then read it to somebody and go, ‘can you interpret that?’

“I don’t want that between my lover and I.” 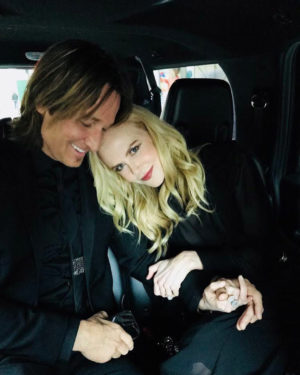 This sounds so incredible to me I can’t quite believe it. I totally agree that text messages can be misinterpreted when the content is a bit delicate, but NEVER just a “What time will you be home?” or a funny meme or one of those emojis that blow kisses? Nothing?

My husband and I probably speak to each other at least once during a work day, sometimes more, but the boring logistical stuff of life is always via text. I’ll send him a list of fruit and veg to bring home, or I’ll ask what he feels like for dinner or he’ll text me to remind about something I’ve asked him to remind me about. We’ve even been know to text each other from INSIDE OUR OWN HOUSE. Like “Can you turn the heater off?” when he’s in bed and I’m downstairs. I can’t imagine a text-free life, even though I know that we once had one.

I’ll bet that Nic and Keith don’t sit next to each other on the couch mindlessly scrolling through their Instagram or reading AFL news either –  but I guess that’s also because they have a very different kind of life. While their life may not be filled with the monotony of the weekly grocery shopping or negotiating who is going to take the kids to swimming this week, they would have challenges that are totally different to ours. Some more and some less intense, but they’ve obviously figured out what works best for them and their family and THAT is what I think is the key to a successful relationship.

I still CANNOT believe they have never texted each other though. Not even a ‘lol’ or a cheeky eggplant emoji. Incredible.

We talk about our snoring, farting partners and the ‘no-go zones’ in our relationships on our Show+Telling pod below. Have a listen, then come subscribe to our channel here. It’s funnnnn.