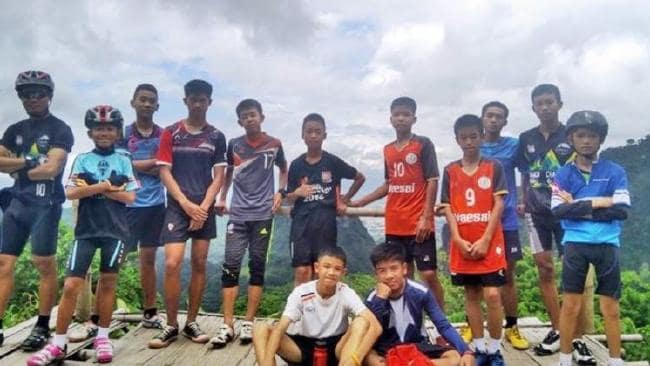 There are two main options to rescue these boys

Back in 2006, Australia (and the entire world) held their breath for 14 unimaginably long nights while rescue crews worked tirelessly to free Tasmanian Miners Brant Webb and Todd Russell following the collapse of the Beaconsfield Mine they’d been working in. I will never forget the day they re-surfaced from that lift in their high-vis gear as their families rushed in to hug them. You could almost feel the country do a massive exhale that all those hours of painstaking planning, manpower and collective prayers had turned out for the best. 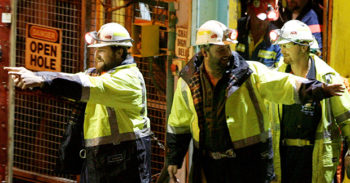 Todd Russell and Brant Webb after their rescue

12 years later, the world is watching another dramatic rescue unfold. This time, it’s happening in Thailand and instead of two burly Aussie blokes, it’s a group of 13 consisting of 12 young boys aged just 11 to 16 and their 25 year old soccer coach. The team had ventured deep inside the Tham Luang cave in northern Chiang Rai following a soccer game on June 23 and have been trapped inside ever since due to flood waters blocking their exit. None of the young boys are said to be able to swim and they’re approximately 1km below surface level.

Just like in Beaconsfield, families and friends of the boys have gone through what I can only imagine to be an absolute rollercoaster of emotions from the initial grief when they disappeared, to the elation when they were found alive and well on Monday (after 10 long days) and now, the absolute fear of what will come next. The boys are said to be in good health with rescue workers delivering food and medical aid to them, but there are real concerns around how to get them out of that cave before major rain hits the area towards the end of the week.

Everyone is scrambling; trying their hardest to get the boys out in the safest and least traumatic way, however the two main options feel like a total nightmare not only for the stranded group, but for their loved ones watching on. The first is to wait it out until monsoon season is over, which is months away in October. Because the boys are able to receive supplies, they will technically be able to survive – but at what cost to their emotional state of mind? Both Brant Webb and Todd Russell have admitted to quite severe PTSD following their ordeal in Tassie and they were fully grown men. And then, there’s the problem with the rising flood waters that, if forceful enough, threaten to burst through into the cave the boys are.

The other option? Too terrifying to imagine. The young boys will be fitted with oxygen tanks and masks and begin the journey (that takes experienced divers over three hours to complete) through mud, total darkness and narrow cavities of water that will submerge them. Cavities of water that reach the roof. Just thinking about this makes my heart race at double speed and I’m a 39 year old who can swim. Imagine the fear for an 11 year old who can’t swim at all. The fear is that if the boys panic while in the underwater sections, it could be disaster and seriously put their lives at risk.

There are other rescue possibilities floating around, such as draining the cave and drilling in from the outside, but they don’t seem to be the most viable options right now, so it’s a tense waiting game.

While the whole situation feels heavy and grim, the rallying support from across the globe is a beautiful thing to see at a time where the Trumps and Putins and Kim Jong-Uns seem to dominate the news cycle. Rescue crews from Australia, the UK, China and other countries have all joined forces to do everything in their power to get those kids out of that cave as safely as possible. For the first time in what feels like a long time, the world has banded together to pray, send good energy and messages of love and support for the families. All of us on the same side.

And just like we saw in Beaconsfield 12 years ago, I cannot WAIT for the moment they walk out of that cave and into the arms of their loved ones, with the cheers of the world behind them. I only hope it’s sooner than expected.

Have you heard our chat with the incredible Mary Coustas. Have a listen below, then come hang with us in podcast land by subscribing here.