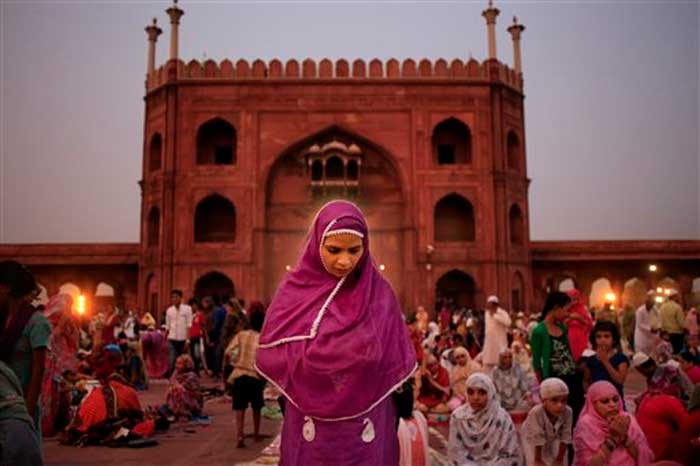 The meaning behind Ramadan is beautiful

When I became a single mum, something I didn’t expect happened. I had less money, less opportunities and less support than I’d ever had, but I felt like I had more. Previously I had felt like I was running a race; trying to keep up with everyone else. While I was still renting, people I knew were buying their second house. I wasn’t earning as much money and I definitely wasn’t going on expensive holidays. I was unhappy and everyone else seemed to be doing better or had more than me. I was in the race, but I felt like I was coming last. When my partner and I broke up, I gave up running, I picked up a chair and waved happily to the race goers from the sidelines. I no longer felt like I was in the running and I couldn’t have been happier. Suddenly those terrible 70’s laminate cupboards that I felt hugely embarrassed about every time someone came over, were the cupboards full of food that contained enough food for my kids. I had less but I appreciated what I DID have more.

I had to go without to see what I already had.

This Tuesday May 15th is the beginning of the holy month of Ramadan for millions of Muslims around the world where month long fasting will begin. The Islamic religion has got a bad wrap in western culture, especially in the wake of 9/11 and the actions of extremists like ISIS. We equate the actions of a small minority with the rest of the Islamic faith and we don’t understand the meaning behind Ramadan fasting because it is not part of our culture. And it’s pretty amazing. 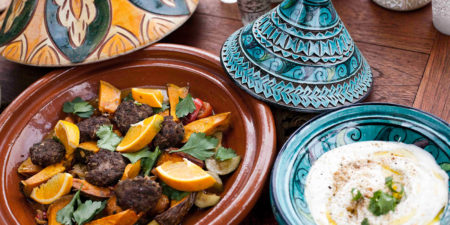 The fast is broken each night at sunset

We recently interviewed Muslim feminist activist Hana Assafiri, an incredibly inspiring woman, for The Change Up podcast where she explained the process of Ramadan as, “We have exactly the same temptations, exactly the same ego. Our quest however is not to express it but rather to discipline it. So that I’m hungry, I will try and do Ramadan without eating…so Ramadan is one of those months that trains your ego not to be expressed fully…refraining from the immediacy of gratification.” The idea that we can tame our ego’s by going without is an extremely important part of Ramadan.

Ramadan is the holiest month for Muslims. Every year, Muslims around the world fast during daylight hours. Fasting includes abstaining from food, liquids including water, smoking, sexual activity and things such as fighting, swearing and gossiping.

Ramadan is considered the most joyful month of the year, and the month ends with the three day festival Eid al-Fitr. Around the world, Muslims celebrate with lights and decorations. During the celebration, people dress in their best clothes, decorate their homes with lights, and visit with friends and family. And there are pressies too – a bit like our Christmas.

Muslims practice fasting upon reaching puberty. People who are sick, elderly, travelling and women who are pregnant, lactating or menstruating are exempt from Ramadan. If the fast is broken, the day/s can be made up later, or replaced with feeding a poor person a meal per day if missed.

What is the purpose?

Ramadan is a spiritual and religious practice aimed to strengthen ties with Allah and train the soul to observe duties of devotion in accordance with the teachings of the Qur’an.

However there are also many other important aims of Ramadan such as giving to charity, enforcing patience and determination, taming the ego, proving truthfulness, aiming to do away with bad habits and connecting with Muslims all around the world.

Here Hana explains exactly what Ramadan means to her: