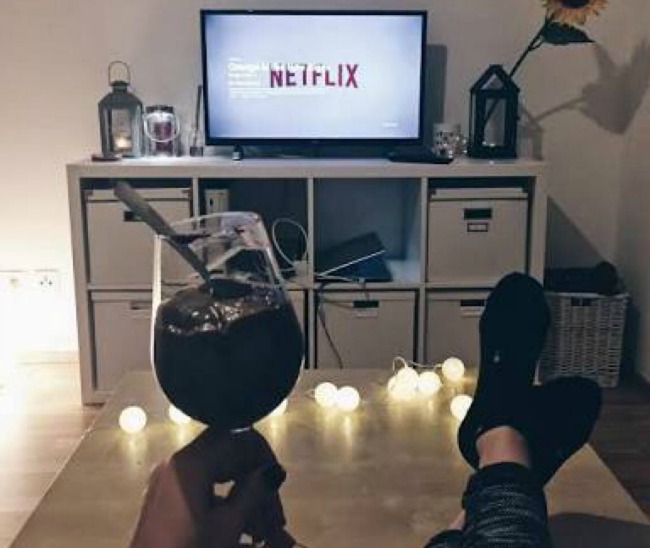 For couples who can’t agree on what show to watch…

Karen and Todd have been married for ten years. They have three kids, Trent (6), Jimmy (5) and Braeden (3) and live in a spacious home in a brand new housing estate 54km from the city.  Over the past few years, Karen and Todd are still very much in love but have hit a bit of a rough patch in their relationship and their sex life is virtually non-existent. They’ve been doing fortnightly relationship counselling to try and re-ignite the spark. This is their life…

It was 7.30 on Saturday night and Karen and Todd were WINNING life. All three kids were tucked up in bed and they could hear the wind and rain battering against the windows. This was their ‘quality time’ of the week prescribed by Janet, their counsellor. Cosied up by the warmth of the ‘good room’s’ faux fireplace with a red wine in hand, this is exactly where Karen wanted to be.

“Ready for some Netflix and DRILL??” Todd said laughing as he thrusted his pelvis into the air. Karen giggled along, even though Todd’s whole air thrust and stupid play on words made her cringe a little. “But first, whaddya wanna eat? I’m starving,” Todd said as he lifted his t-shirt and rubbed over his hairy belly button. “Hmmm, I’m easy. I’ll have anything. What do you want?” Karen asked. Todd looked up, “No, tonight you decide. I decided last time.” Sigh. “Yeah, but I don’t really feel like anything, so I’ll just have whatever you want.” This backwards and forwards dance went on for a good half hour before they settled on Chinese. 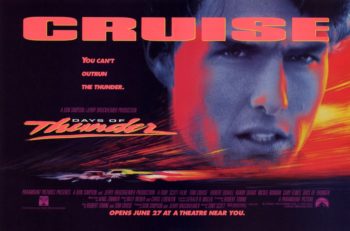 “One of the greatest films of all time” – Bill Collins.

Karen tried to convince Todd just to order through UberEats so he didn’t have to go out in the cold, but he was a bit of a tight arse and didn’t want to pay any extra ‘sneaky’ fees. When Todd left, Karen started flicking though the latest offerings on Netflix. Agreeing on something they both wanted to watch was going to be painful, so she thought she’d get a head start. Todd’s favourite movies of all time were Top Gun and Days of Thunder, so she had her work cut out for her finding something they’d both enjoy.

By the time Todd returned, Karen was ravenous and almost irrationally angry. “Jeeeeesus, did you fly to China to get the food?” Todd stepped back for a second, puzzled by her reaction. “Ah, sorry love. There was just more traffic than usual. Anyway, let’s dig in.” As they set up camp on the couch to eat their classic selection of Sweet and Sour Pork, Lemon Chicken and Fried Rice, Karen suggested Hannah Gadsby’s Nanette. “Hmmm, nah, not really my cup of tea,” Todd said as he started to scan. “How ’bout American Sniper? I know you like Bradley Cooper,” he said as he gave her a playful nudge. Karen looked over at him with a glare colder than the ice in his Jim Beam and Coke.

“Ah, ok – you choose,” Todd said defeatedly as he handed her the remote. He looked over at her barely touched glass of wine on the coffee table. “Wanna refill?” Karen looked over at the glass, “No thanks. It’s just not going down well tonight. How about Ali Wong’s comedy special? We could do with a laugh.” “Yeah, sure,” Todd agreed. “Sounds great.” 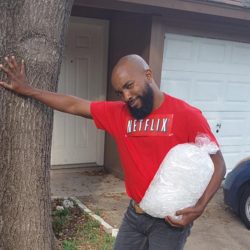 It was about ten minutes in that Todd heard Karen snoring. He knew she’d been extra tired lately, but just ten seconds ago she was laughing her head off. It looked like he was in for no Netflix AND no chill. He gently caressed her chin. “Babe. Kaz. You wanna go up to bed?” Karen opened her eyes for a second as Todd picked her up and carried her up to bed. As he laid her down, she put her arms around him and he hugged her back. As he gently kissed her neck, his hand made it’s way down to her breast and she squealed. “Ouch!” she said, “That bloody hurt!”

“Huh? I barely grazed you,” Todd said defensively. “Oh shit,” Karen thought and she sat bolt upright. She raced into the wardrobe and checked the calendar that was marked with school excursions and other reminders. She noticed the ‘P’ for period marked for Sunday last week. Six days. She was six days late. She scrambled into the bathroom and started rummaging through the cupboards until she found what she was looking for. As she unwrapped the pregnancy test, she sat on the toilet and peed on it, closing her eyes for a few moments. When she lifted it up, she barely noticed the pee dribbling onto her things. Two lines. Two bright, unmistakable pink lines.

As she looked up at Todd, who was standing in the doorway with a look of concern on his face, she could muster two words. “Oh shit.” It all started to make sense – the hunger, the fatigue, the disinterest in her vino. “Oh my GOD. Four kids. FOUR!” as she started to laugh. And cry. And cry-laugh harder than she ever had before. “Wow, that’s great,” said Todd as he knelt down beside her. “Four kids is awesome – and we weren’t really sure if we were done yet, were we?” Todd wiped the tears running down her cheeks and said, “Look at it this way, we don’t need to worry about the mess of pulling out for nine whole months, hey?” Karen glared at him. She looked back down at the stick and took a deep breath. Shit was about to get real.

Have you heard our chat with former Home and Away actress Tammin Sursok? Have a listen below and head here to subscribe to our podcast.