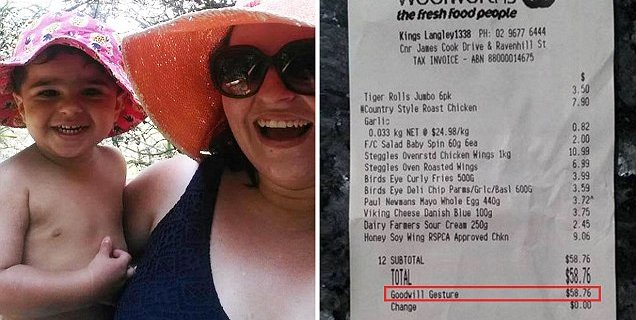 When my daughter was about four months old, one of my best childhood friends got married. She invited the three of us to her wedding and to be honest, I was so thrilled to be able to take my new little girl out and show her off for the first time.

The weather was beautiful and I’d been dying for an occasion to dress her in a gorgeous little white dress she’d been given. White. On a newborn. Rookie mistake.

About 30 minutes after feeding her, we were sitting at our table when I saw her making THAT face. The poo face. Five minutes after said poo face, I thought it was time to pick her up and change her, because I could smell that musk-meets-shit scent. As soon as I got her out of her chair, I knew we were in trouble. She had done a “number three” – a shit of epic proportions.

I knew we were in trouble as soon as I picked her up. It was an ‘escape’ poo, one of those ones that come up all the way out of the top of the nappy and I kid you not, it was almost up to her neck. There was no hiding the mustard-coloured gunk that was ALL OVER her beautiful little white dress and it was so bad I ended up putting that dress in a nappy bag and binning it. No amount of NapiSan was getting those stains out. So she spent the rest of the night in a Bonds jumpsuit. Dang.

We’ve all had moments where our kids have done poos of diabolical proportions, but the recent story of Amy Schembri’s two-year-old son’s “poo fountain” during a shopping trip at Woolies in Kings Langley in Western Sydney was one that would make the most seasoned parent cringe – and whoop for joy, because it was equal parts mortifying and just damn gorgeous.

According to Amy, her son Dominic was “wearing a nappy, undies and pants” when he did his number three while she was putting her groceries on the conveyer belt.

“It kind-of came up from his nappy went up his back before it started sliding down and dripping on the floor and over everything.”

As she attempted to move her trolley out of the way of her fellow shoppers, Dominic’s explosion left a “poo trail” in the store. Nightmare.

Amy, who also had her four-year-old son Jeremy with her,  burst into tears as she tried to clean up Dominic’s number three. 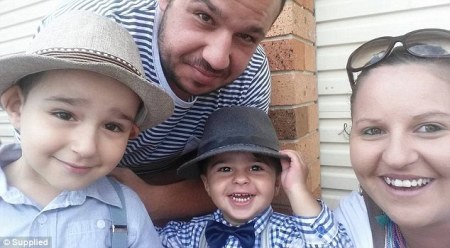 Amy, her husband and adorable boys Dominic and Jeremy

Amy’s tears intensified when she noticed that the Woolworths staff had stepped up to entertain Jeremy while fellow shoppers attempted to help her clean up Dominic’s mess, including a fellow mum who gave her a packet of baby wipes to assist with the “situation.”

Amy admitted that after taking Dominic to the restroom to clean him up she “probably wouldn’t have gone back to get the shopping” but she had to go back and collect Jeremy.

When she returned, the staff had bagged up all of Amy’s shopping and told her that they’d “taken care of it” and she didn’t have to pay. 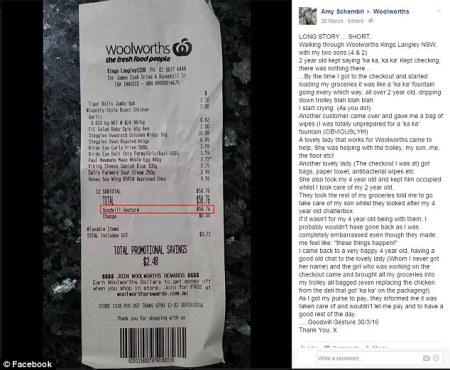 Amy says that while she hasn’t been able to “pluck up the courage” to return to the store, she has plans to take flowers and chocolates in to the staff that helped her as a thank you.

How amazing is this story? It has since gone viral for all the right reasons and has us wanting to do ALL of our shopping at Woolies from now on.

What’s your most embarrassing poo story?