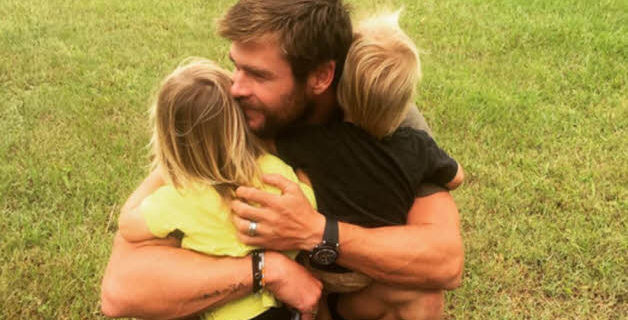 Can I get a penis?

This parenting gig be some serious hard work, especially when the kids get to that non stop questioning age, usually around 3 or 4.  A lot can be answered by Dr Google but sometimes you gotta go with your gut. I would say Chris Hemsworth handled his daughter’s request for a penis recently like a parenting pro.

Chris told Ellen DeGeneres on her show that when his four-year-old daughter India Rose asked for a penis like her two-year-old twin brothers, Sasha and Tristan, he was initially at a bit of a loss to how to respond, until finally he went, “‘Ya know what, you can be whatever you want to be.’ And she goes ‘Thanks, dad!’ Runs off to the playground and that was it.”

I was cheering Chris’ response after recently getting told off by a relative for telling my daughter she could be whatever she wanted to be. When she questioned that with: “but I can’t be a boy?” I said: “actually you can”.

I know the chances of my daughter being transgender are small but just in case she was, then I want her to know that options are available to her. It doesn’t have to be confusing – she can be what she wants to be, and that includes falling in love with someone of the same sex or changing her gender. I want her to know that I’m 100% on her side no matter what. I also want her to be accepting of other people around her.

I was a little upset when this relative called my parenting into question. I’m not forcing it down her throat or explaining concepts she can’t understand. You don’t have to show kids pictures of road accidents to teach them road safety and I don’t think you need to explain the concept of changing gender to demonstrate open mindedness.

So thanks Chris for backing me up, I appreciate it!! My daughter also shrugged her shoulders, smiled at the thought and went on playing with her toys. Little India Rose probably forgot she wanted a penis two minutes later, but I bet she didn’t forget the feeling of her Dad believing she could be anything.