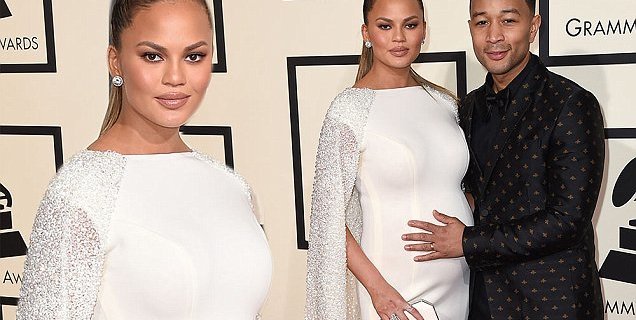 Chrissy Teigen shamed for saying she plans to hire a night nurse for her baby. WTF?

The parenting police are out in full force again and this time, they have taken aim at model and mumma-to-be Chrissy Teigen.

In a recent interview with US Weekly, Chrissy said that the best parenting advice she’d been given so far was “The recommendation of a night nurse! It’s pretty unanimous. Everyone was like, ‘If you can do it, do it.’ So we’re going for it!”

Unsurprisingly, social media have had a field day with Chrissy’s quote – and she’s rightly pissed at US Weekly for using a headline that they knew would cause controversy after tweeting, “Chrissy Teigen tells US she and John Legend are hiring a night nurse for their baby.”

Chrissy has been forced to defend herself on Twitter, clarifying that “A night nurse doesn’t replace you waking and feeding at night. You’re up with them. They’re helpers and teachers.”

Seriously, why does this woman have to clarify that information to ANYONE?  Some may say that public criticism comes part and parcel with being a celebrity on social media, but geez, give her a break.  Comments like these are doing nothing but robbing a soon-to-be mother of the beautiful and exciting experience of impending motherhood. 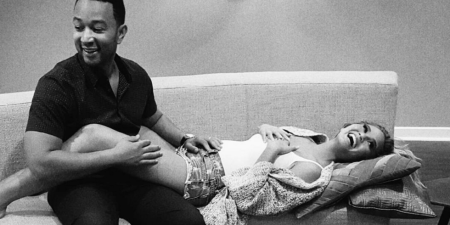 Whether or not you or I would hire a night nurse is irrelevant. Chrissy Teigen and John Legend are within their rights to make whatever decisions they feel are the best ones for their family, without the constant barrage of strangers putting in their two cents worth.

Parents should know better. We’ve all faced criticism or felt judged at one time or another over the choices we have made for our children and the way we parent them, and we all know that it’s annoying and hurtful. Imagine that kind of non-helpful advice and criticism coming at you from all over the world, from strangers who have never met you or likely ever will.

Most to us will admit to needing help when we have children. Whether it’s asking a loved one for advice, reading a parenting book or hiring professional help, we’ve all been there.

When my daughter was born she was up ALL NIGHT, EVERY NIGHT and I wonder whether hiring someone to help me settle her would have made those early weeks and months of parenting so much more enjoyable. In hindsight, if I’m being brutally honest, I think the torturous sleep deprivation might have lessened my enjoyment of parenting at the time. When you are so exhausted that you feel physical pain and there’s no break from a crying, colicky baby, it can be bloody hard.

But like many mums, I was too proud to ask for help and admit I felt like I was drowning even when it was offered by family and friends, I refused to take it.  There’s nothing wise or heroic about that.

If there are people around you, or professionals you can afford, my advice would be TAKE ALL THE HELP. Every bit you can get. But then again, it’s up to you – just as hiring a night nurse is up to Chrissy Teigen.

Did you hire any professional help when you had your baby, or do you plan to?