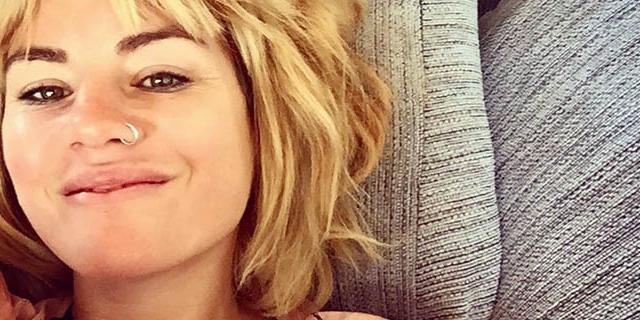 Why am I treated differently to my husband after our split?

Here at Show + Tell we love blogger and mum of four, Constance Hall. Her posts are always so real and on the money. She raises money for a share house for Kenyan girls, posts honestly about the perils of parenting and body positivity, and calls women Queens. Hear hear!!

I’m a separated mother with two young kids, and Constance’s latest post on the way women and men are treated differently after a divorce absolutely hit home with me. Here’s what she wrote:

“At a party a few weeks ago, listening in on a conversation about *jenny* (the chick who’s loving her life after resurrecting from a shit divorce)

Me, “what’s she done?”
Girl 1, “well ever since she split up with *Darren* she’s been a really shit mum, she gets babysitters most weekends and goes out a lot”
Girl 2, “and she’s already introduced her kids to her new boyfriend, which must be so confusing for them”
Girl 1, “I deleted her off face book, I don’t want to know about it”
Me, “what does *Darren* think?”
Girl 3, “I don’t think he knows, when he left *Jenny* for that other chick he moved over to Queensland but he pays child support.. Like every week”
Me, “right… Did you delete him off Facebook?”
Girl 1, “no I didn’t want to get involved”
Me, “right”

So just to recap, in the same year that Jenny gets dumped by her husband for another women she also loses her friends because they don’t think she handled her whole world being turned upside the way that she was “supposed” to and despite working full time to support them, living for them, doing everything in her power to keep them secure and loved, getting a babysitter on the weekend and a new boyfriend makes her a shit mum.

Darren on the other hand who dumped his wifey for another women and runs away from his kids completely and is probably drinking cocktails by a pool somewhere with some weird as fuck new mid life crisis hair style is still good because he slings them $170 a week.. without fail…

Fact. I don’t hate *Darren*, I don’t know the full story and I have made some pretty bad decisions myself in my time too. I am simply pointing out that If Jenny did what *Darren* did she would have no friends and be outcasted from society.

Fact. *Jenny’s* kids are fine, I called her up and went to see them all. They rock, they think babysitters once a week or fortnight are totally exciting and they love her new boyfriend who barely comes over because *Jenny* is too busy basically winning at life as a single mum.

Fact. A divorce is the time that Queens need each other the most. Sadly I hear too many Queens talking about how they lost a lot of their friends during their divorces.

Be forgiving. Be supportive. Be Queens. “ 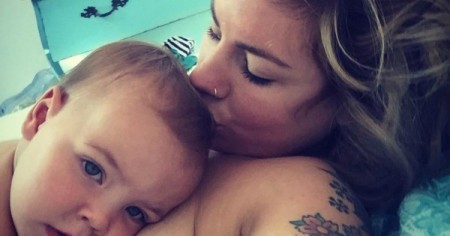 When I read this I wanted to jump off the couch and fist pump. Seriously. I get EVERY word she said.

My ex did not run off to Queensland with another woman, in fact he’s an excellent Dad, who I get along with really well…but if I hear him applauded for paying child support one more time I may scream.

When I went to Bali for a much needed getaway with my best friend six months after our separation, he took six days off work and looked after our two daughters by himself and man did I hear about it, from school teachers, childcare workers, fellow mums and friends. My children turned up washed, dressed and on time for school and childcare and he was cheered and applauded. I do the same thing most days without any high fives.

If I’m being honest I found this hard to swallow. It felt like a double standard. Their Dad is a hero for showing up, while as their mother I am doing my duty. I’ve also watched friends hide dating as a single mum because their parenting skills have been called into question for having a life outside the home. And I don’t know a single mum who hasn’t felt the drift of friends leaving her life as she separates from her partner.

So, from the single mums, thank you Constance for saying what we know to be true. You are a Queen.