Man, today’s news on medical treatments for kids is a tad controversial isn’t it?  Doctors have asked for a crackdown in unnecessary medical treatments, saying we are giving our kids inappropriate treatments. Children aged between two – 12 with ear infections will be refused antibiotics and parents are being told that they shouldn’t give pain relievers, such as Panadol, to reduce a fever.

As I type this Monty is giving her 19 month old Arlo antibiotics for his ear ache and Panadol to keep him comfortable. I’m sure she is not alone either. So to see this splashed everywhere while she is mid dosage aint that easy for a mum to swallow.

Doctors delivered their thoughts after reviewing a study performed by fourteen prestigious medical colleges that have nominated areas of waste from inappropriate treatment as part of the NPS Choosing Wisely campaign in a bid to reign in health costs and improve medical practice. The study included the review of medical evidence for 61 of the most commonly sought medical treatments. 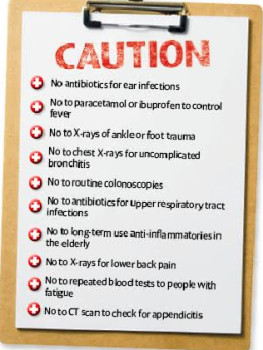 The Australian College of Nursing has also come out in support of these findings advising parents not to give their children paracetamol and ibuprofen to bring down their temperature when they’re ill. “The benefits of fever in slowing the growth and replication of bacteria and viruses are well documented. Medicine should only be used to reduce fever if the child is uncomfortable or distressed.”

The concerns surrounding antibiotics for children has always been a hot topic and today’s reports are supporting the notion that prescribing antibiotics to infants with a fever needs to stop because “it can be dangerous, in delaying presentation to hospital by inappropriately reassuring patients.”

Apparently, one in 14 kids have side effects from antibiotics and the overuse in our society is fuelling the rise of antibiotics resistant infections.

As a parent of young boys, who often can’t affectively communicate how they feel (other than a tantrum here or there) it is quite confronting when these types of concerns are raised. It is fairly common for one of them to have a temperature and although our family GP rarely offers antibiotics as treatment, he does often recommend alternating Panadol and Nurofen every two hours if one of my kids has a severe temperature.

Let’s just say there is Panadol a plenty in my house at all times. I often give it to my kids to combat a temperature, I use it to not only give them relief but also to gauge how ill they really are. If their temperature drops almost immediately I know they can fight it off themselves but if there is no significant change in their temperature after they have had Panadol I know I need to take them to the doctors.

Let’s be honest in saying we are totally winging parenting to start with so when the rules change on us all the time it doesn’t help us stay on course. Am I the only one confused? Do I just ignore if my children have a high temperature or an ear ache and hope for the best?

And PS…is this a health budget crackdown or actually the right medical treatment? I thought I would just drop that right here…and leave it for you. 😉

We would love to know your thoughts and how you handle these common health issues in your house? 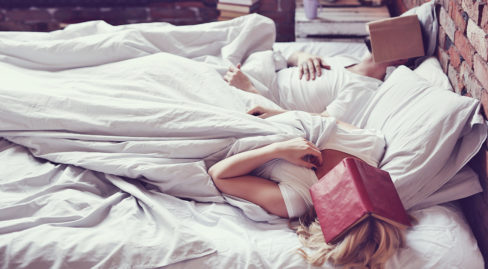 I could NOT put this book down.