Damien Little made the decision to end his life on Monday morning, but his two young boys didn’t – he made that decision for them. He had a severe mental illness that was confirmed by his parents today. Damien’s heartbroken parents, Sue and Ken, have revealed the torment their son suffered in the three years leading up to the tragic morning he killed himself and his two little boys, aged four and one, by deliberately driving them into Brennan’s Wharf in Port Lincoln. They said Damien wanted to be the “perfect” father to his two young sons and a dependable husband for his wife…who was his childhood sweetheart and best friend.

For the last three years, Damien, 34, battled inner demons that began to take over his life. His family tried to get him to seek help but he refused. Damien’s parents speaking at their Port Lincoln home of 22 years surrounded by family pictures of their kids and grandkids said “He was a much-loved member of the community and very much loved by his family…I just don’t think he realised how much people loved him.”

Sue Little went on to say, ” He obviously wasn’t himself that day. No one will ever know why he did it. But he is our son and we loved him dearly. He was a beautiful kid, loving, caring. We are just broken. He had a wonderful relationship with his wife. She really is a wonderful lady and a wonderful wife to him. My heart goes out to her. She has lost everything. I never heard him say a bad word against her. They were amazing parents and she was one of the old-fashioned mothers, in the very best way.”

The fact is, it is sickening, unfathomable and sad beyond believe. Damien’s wife, left with no one. The two sons she brought into the world…gone. She lost everything in just a few minutes. I can’t get her off my mind.

When I saw the tributes flowing…they were for the two young boys that didn’t choose to die that day. And in the face of a tragedy we want someone or something to blame. It helps. I think. But for some reason I can’t help but think about Damien and how far gone he must have been that day to even let the thought cross his mind. He wasn’t in his right mind. He had gone far far away and I like to think he just couldn’t bare to leave his kids behind to live a life without him. Damien has left behind parents that also brought him into the world and made sure he was safe and loved. They lost a son that day too, and his four brothers lost a sibling they adored.

In the face of such tragedy although hard…let’s be kind. Don’t speculate or jump to conclusions and if you do, be compassionate and careful in your approach. We don’t know what other people are going through. Let’s remember he was someone’s son too. 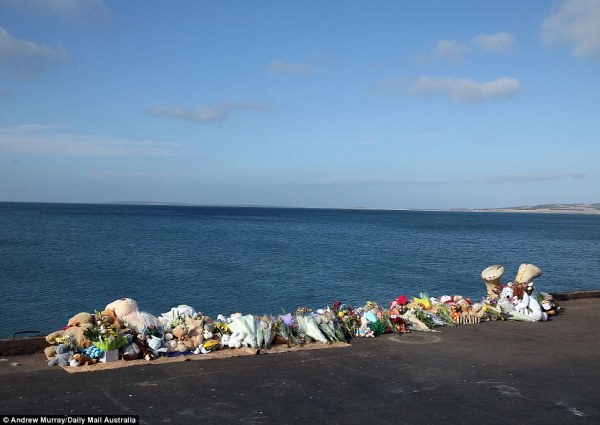 A makeshift memorial site has been created by all their loved ones leaving beautiful messages.

Please contact Lifeline on 13 11 14 if you require support or information about suicide prevention.