How to talk to our kids about food

This piece is brought to you by UNCLE TOBYS.

The other day while I was driving in the car, the most ridiculous weight loss commercial came on the radio. It was saying that if you swallow this little diet pill it would magically shred the weight from your body, you will be forever happy and your life will be rad and full of glitter and ponies…it basically sounded like a unicorn in tablet form. It was so bloody far fetched that it was comical. I didn’t laugh though, I quickly flicked the volume down at lightning speed because my kids where in the back seat with their big ears that absorb EVERYTHING. I don’t want them to think about thin or fat, sugar free, fat free, dieting or anything along those lines. I just want them to live. Just let us LIVE, diet gods.

I haven’t always been wise enough to turn my eye from fad diets though, you name it, I’ve tried it. That path is a one way slippery slope to boring and extremely obsessive town. I think Aussies are starting to wise up to these stupid fads though because thankfully a recent study that the team at UNCLE TOBYS have done found that nine out of ten people have an issue with ’food trends’ and many think they are overrated or just a rip off. Amen. 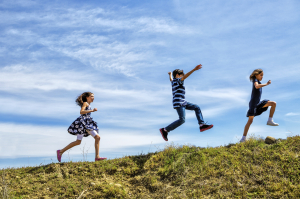 As a mum, the last thing I want for my kids is food consuming their thoughts in any other way than it being yummy or giving their little bodies energy so they can bolt around the playground.

The language and behaviour we use around food can set up our children’s relationship for years to come. Having struggled over the years with my often unhealthy relationship with food, I am adamant that my kids will not follow in my food steps.

It can be so hard and confusing knowing what wording to use around food so kids don’t get the wrong idea. A few weeks ago, while I was devouring a biscuit, my four year old said ‘mum, biscuits can make you fat’. That one sentence made me panic. He is FOUR! How, what, why, huh? Had he heard that in the playground at kinder or on the TV or radio or, or, or. That messaging is literally everywhere. It made me realise that as soon as our kids can blink, we have to be conscious of the way we speak about and food around them.

Figures recently out of the USA show that 80%+ of 10 year olds have attempted to restrict their eating. EIGHTY PERCENT!?! It also found that one third of boys and half of girls aged 6-8 years wished their bodies were thinner. Just writing that makes me emotional. It is getting worse in Australia, too. Kids don’t need to worry about this stuff. It really is up to us as parents and adults to set the example and throw dieting and negative food behaviour and chatter in the JUNK. Kids are sponges and ‘monkey see, monkey do’.

So instead of saying good, bad or junk food and stripping sugar and fat and anything else out of your pantry, think of food simply as that…food. Food tastes yummy and fuels our bodies so we can run and jump and laugh and have fun.

Of course, we want our kids to eat food that is nutritious, but when we try and cut out ‘bad foods’, it causes more headaches. 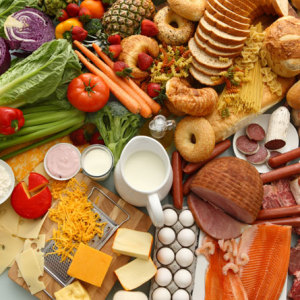 A way to think of food is as ‘everyday foods’ and ‘sometimes foods’. It is good to not go into details about foods with kids, just let them enjoy and give them a variety of all foods.

Nutritionists Fiona Sutherland and Dr Justin Coulson have some great tips for what to say when your kidlets ask for a ‘sometimes’ food, which is every two seconds in my house, you can say things like these:

“This is a food that we can have sometimes, but if we have it too much it can make us feel icky and sick.” +

“This is a food that is great for a treat now and then, but it won’t help your brain and your body do all of the important things it needs to do for the day. We need “everyday” foods for that.” +

Kids who are restricted ‘sometimes foods’ go bananas when they are out of the house. You know the ones, they never leave the cake table at birthday parties.

It is a big responsibility but one that we can and MUST take on.

Now if you would excuse me, my son has just opened up a pack of crackers and I’m going to remind him how to share with mummy. 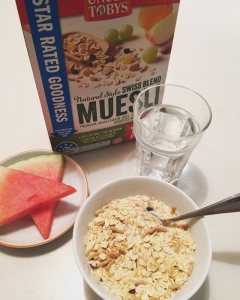 * Please note: Stats, quotes and nutritional information in this piece is gathered from a fab e-book called Eat Right Without A Fight by Fiona Sutherland and Dr Justin Coulson.