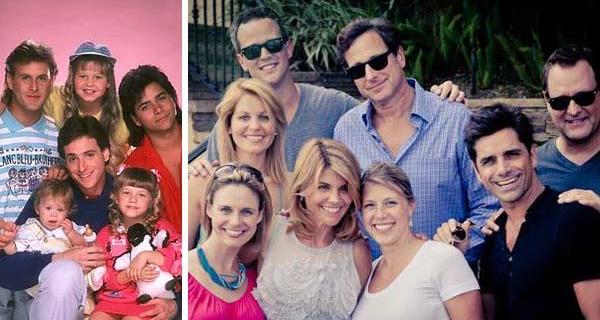 Behind the scenes of the Fuller House reunion…Will you be watching?

Eeeeekkk – It’s nearly here Peeps! This two-minute clip features behind-the-scenes footage including the original cast describing what it’s like to get together again, and a whole heap of nostalgia.

It’s been 13 years since the Tanners appeared on our TV screens, and I LOVED the show as a kid so I’m definitely keen to check out Fuller House. I may only last ten minutes into it though – this clip made me think “how rude” might not be as hilarious watching as an adult and instead just a tad cheesy…

No question that John Stamos still got it – Have Mercy!! Fuller House is set to screen on Netflix on February 26th.

Check out the love here. Will you be watching?: