EVERYONE, I mean EVERYONE asks ‘when will you get married? all the time’

My friend Belinda has lived with her partner Cameron for 11 years. They have a dog, a Rav4, nice towels and a non-Ikea rug in the lounge room. Work and friends keep them busy, but they always make time to watch Saturday Night Live together. He doesn’t roll his eyes at her, and she doesn’t call him an arsehole. They are super happy. Doing an A1 job of the ‘couple’ thing.

Except they’re not married. So Bel gets a lot of this: ‘About time he put a ring on it, hey?’

People just want him to lock it down. Make it official, settle the paperwork, so everyone can relax. Because nothing bad can ever happen once you’re married.

Bel has no interest in marrying Cam, and he’s cool with that too. They’ve discussed it together, y’know, like equals sharing a life together. (If you suspect this is actually me in disguise, you’re mistaken. My partner watches SNL without me ALL THE TIME. Arsehole.)

Kurt and Goldie. Liev and Naomi. Devoted couples that have lived blissfully in sin for years – decades even – without bothering to exchange vows. They are never-weds, AKA if it ain’t broke, don’t marry it. Works for them, and they certainly don’t seem to give a stuff what anyone thinks. 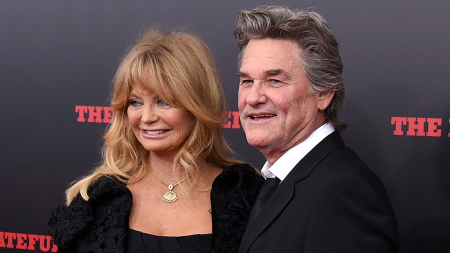 But there’s this pesky, old-fashioned assumption that if a couple has been together for longer than six minutes, it’s the woman gagging for some princess-cut bling. Waiting anxiously for her fella to swoop home one dreamy day with a Michael Hill catalog and confirm exactly where her life is going.

And if they date too long?  2, 3 or even 5 years without an announcement? There’s pity. She’s probably busting to be a bride, poor love. He’s clearly playing her for a fool, wasting her time and her eggs.

Take Oprah. One of the most powerful, influential people on earth. A businesswoman who’s created an empire and amassed a fortune. The gossip mags love to play the ‘poor Opes’ card every few years, wondering when Steadman will finally – finally – make an honest woman out of her and complete her life. You know what the Mighty O said once about that?

‘If I wanted to be married, trust me: we’d be married’. 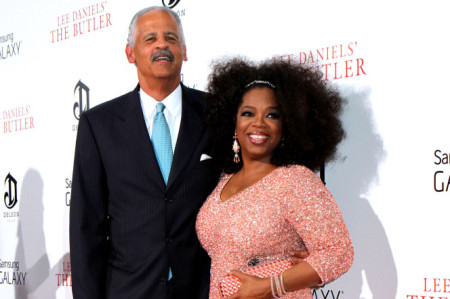 In other words: ‘bitch, please’. Oprah is not being strung along. They’ve decided – together – that marriage isn’t their destiny. And that’s absolutely none of our business.

For a lot of people, marriage means something very special and can’t be replaced or replicated. ‘Pretty much married’ doesn’t count. Whether or not you want to marry is personal, and it’s based on a lot of things – your culture, upbringing, values, religion, Foxtel (those Four Weddings marathons are bridal catnip).

A lady’s choice in the matter is completely valid, and any modern lass should be capable of communicating that with her beloved. This outdated notion that a woman keeps quiet, biding time until a ring box is dropped into her lap? It needs to be thrown out with the apricot taffeta.

My lovebird pals show gratitude for each other’s time and effort. They choose each other every day, over and over. That kind of commitment is a state of mind, married or unmarried. ‘Equal contributors to a lifelong union’ doesn’t sound like a fairytale fit for a princess. But ‘happily ever after’ is romantic as hell.

Do you think marriage is essential?