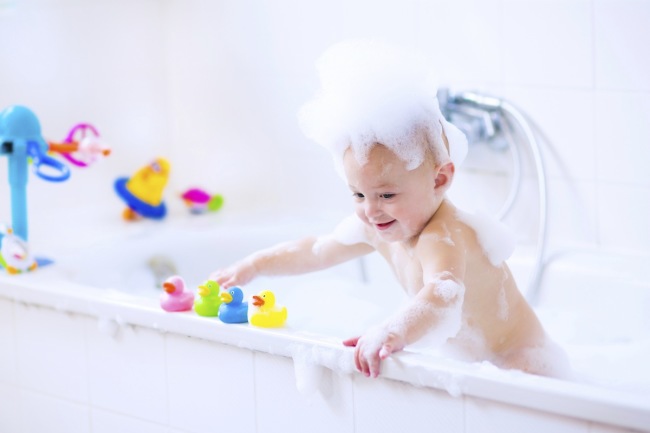 Do you bath your kids every day?

At approximately 4pm every single day both my boys get a look in their eyes that says, ‘game on mum’! They turn feral and pesty and whingey and fussy and I want to bin them. Witching hour at my place starts at 4pm on the knocker and lasts until they pass out around 7pm.

Some days I survive the never ending witching hour better than others. On the rare occasion it kinda runs smoothly, those are the days when I only have to scream like a banshee 62 times instead 0f 106 times.

Every single step of they way they are a massive a pain in my derrière and every little thing is a negotiation. My three favourite things in life are eating, showering and sleeping, they also happen to be the three things that my boys are apparently allergic too. Just eat your fucking dinner, get in the bath and then go to sleep. It is SO simple yet for them it is anything but. Little jerks. 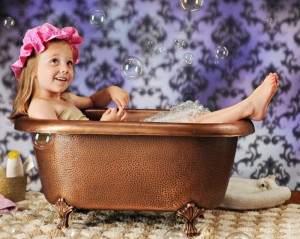 One of the nightly activities that make me want to pull every eyelash out of their faces one by one is BATHTIME. Besides trying to drown each other, pour water in the others eyes and refusing to let me wash shampoo out, I find it boring. Sooo boring. A glass of wine takes the edge off, but man I can’t wait until they can wash their own arses and I don’t have to sit in there with them.

On a side note, how old do you think your kids have to be in order to have unsupervised baths? I have a 4.5 year old and when he solo bathes, I pop my head in to check on him during the bath but should I still be sitting with him? What age are you off duty?

Because bath time is a massive pain in the butt-hole, it tickled my fancy to read an article recently about the amount of times our kids actually need a good scrub.

I shower or bath my kids nightly, mainly because I enjoy torturing myself and also because they look filthy at the end of the day.

It may thrill you to know that ‘they’ say babies rarely need to be washed at all, they don’t really move much, they don’t sweat and besides giving their nappy residing parts a wipe over, it’s good to keep their overall bathing to a minimum. So weekly is totally fine. 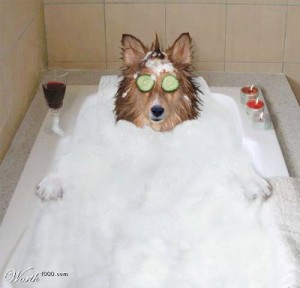 ‘They’ (people from the American Academy of Pediatrics) also said that until your child hits 11 (or puberty time) they only need to bath or shower up to three times a week. Obviously, if kids have been kicking a soccer ball around for five hours and rolling around with the pooch a shower is in order, otherwise they suggest just a wipe down with a wet face-washer.

As much as it thrills me to know if I don’t bath my kids nightly they will not die of a germ or their own stench, I still don’t know if I could only wash them as little as three times a week.  Maybe nightly is madness but three out of seven nights makes me feel icky and grubby. As long as the kids don’t touch me or the couch and I put plastic protective covers on their beds, then maybe I will pull it back to three times a week. OCD much?

How often do your kids shower or bath?