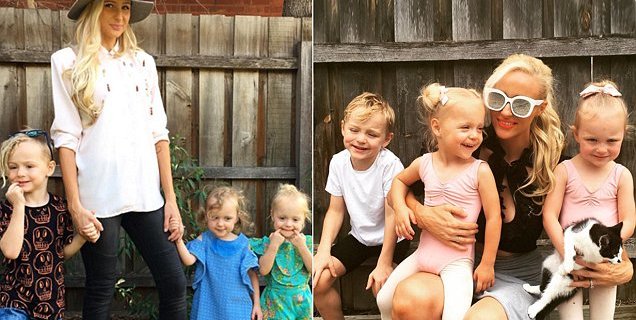 I can vividly remember my Dad talking to me about stranger danger as a kid. He was right to the point and very clear about what could happen and what I should do if I ever found myself in a bad situation. He often said, ‘don’t ever talk to strangers, if a car pulls up when you’re walking home rom school…you drop your bag and run’. We had these chats fairly often and it made me very weary of strangers and I really didn’t trust anyone that I didn’t know.

Call it paranoia and perhaps a little over the top but I’m now having the same ‘talks’ with my son. I often have the chat with my 4-year-old about stranger danger – I tell him the same thing…’Don’t talk to strangers without me or someone you know with you.’ I’ve also told him to scream ‘this isn’t my daddy, this isn’t my mummy’ if someone were to try and grab him.

I’ve also had THAT conversation about his private parts. I can’t even count how many times I’ve told him not to EVER let anyone touch his private parts and if they do, it is never his fault and he needs to tell me straight away.

It is one of the most difficult area’s of parenting for me. I can see the fear in his eyes, and yes I can see that his little delightful world is being compromised. I hope what I am saying is sinking in.

Annie Nolan, a mummy blogger from Uncanny Annie – and the wife of AFL star Liam Picken, has just posted a story about her kids talking to a stranger from her front yard and it’s divided the internet.

Annie’s children were outside alone, while she and her husband Liam went inside to grab hats and sunscreen for their gardening day. She looked outside the window and saw her three kids walking towards the fence to talk to the stranger. They introduced themselves, and when Liam saw the kids walking to the fence he went to run outside. Annie grabbed his arm and said, “let’s just watch for a minute.” They watched as their three children, aged five and two years old, approached the fence and happily introduced themselves. Naturally, she felt very worried and quickly realised how easy it is for kids to be taken.

She said she wanted to grab them and say “don’t ever do that again!” But instead, she said “please don’t ever talk to a stranger without mum, dad or a teacher being there.”

Then the opinions rolled in…people saying she didn’t handle it well. Her kids needed more information and more of a ‘scare.’

The truth is, we are all winging this parenting thing. Annie followed her gut and did what she thought would work for her kids. She knows her kids best.

If you want to read what Annie wrote, see below:

MY KIDS TALKED TO THE PERSON AT THE FENCE

The other day Liam and I were given a reality check. I’m on holidays at the moment but can’t stop playing it over in my head.

We were in the front garden of our home which has a very high fence with a gate that my children can’t reach but an adult can easily open. We were having a morning of family gardening and Liam and I went inside to get drinks, hats, sunscreen etc. You know, the stuff you remember you forgot that you should’ve collected before you began. It appeared from the outside that we left all 3 of our children unattended but we have a large window we can see out on to the front yard and both had our eye on them. In all honestly, one of us should’ve stayed but we both ran inside remembering different items and having a bad parenting communication moment.

They were approached by an adult. Of whom I sure was lovely however we both asserted ourselves to go straight outside and make sure they knew of our presence. But, in a moment of thought, I grabbed Liam’s arm and said, “let’s just watch for a minute.”

So we stood there together watching to see how our children would react.

Malachy is sensitive, a people pleaser and pretty often he is polite. So he moved forward to the gate and started talking to the person. Then Cheska, who is often a show off, ran straight over too and started telling her name, her age and singing silly songs. Then surprisingly, Delphi walked over too. I was surprised by this as Delphi is shy and not very trusting of anyone outside those she knows well but because Malachy and Cheska were already there she also felt comfortable to approach the fence. That was then my heart sank. They were all smiling and talking to this person they had never met.

I don’t want to be a paranoid mother, I don’t want my children to fear the world and generally my children are extremely “free range.” When we went to China most Chinese people were quite frankly alarmed how much room we gave them to do their thing (a very big cultural difference.) But this scene worried me greatly. It was then I thought of poor William Tyrrell. It was then I realised my children could all quite easily have been taken from us if our fate had encountered the wrong person and we weren’t watching.

All this time I have had some sort of cognitive dissonance in believing that child abduction happens but somehow my children’s personalities would protect them, that we lived in the city where there are “too many witnesses” or that “this couldn’t happen to us.” We are not immune.

We both walked outside and the person said hello to us and went on their way. I wanted to grab my kids by the shoulders and say “don’t ever do that again!” But I didn’t want to frighten them. I just said, “please don’t ever talk to a stranger without mum, dad or a teacher being there.”I’m not sure if Malachy completely understood what we were saying but I know for certain my girls didn’t understand…

Edit: I have had a lot of diverse feedback about this post. My advice to my children was extremely basic and not well thought through but it was a knee jerk response to what I had seen and that I was trying simplify the message for two 3 year olds. In hindsight, the issue is more complex and this one sentence of course doesn’t really address enough.

How do you talk to your kids about strangers?