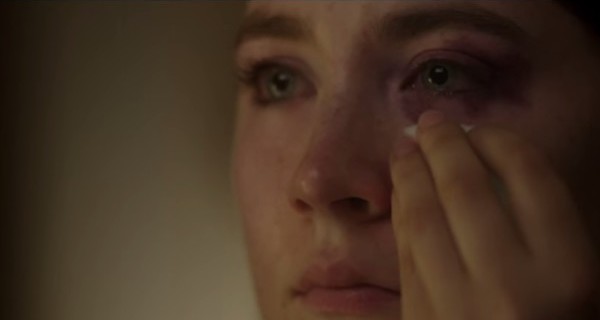 Hozier’s new music video on domestic violence will haunt you

Hozier’s new video for his song Cherry Wine tackles the the issue of domestic violence and in the most haunting way. Cherry Wine was written by Hozier from the male perspective of an abuse sufferer. The video for the track stars two time Oscar nominee Saoirse Ronan in a dark portrayal of a woman dealing with a violent relationship.

The video shows a woman laughing, kissing and drinking wine with her boyfriend intercut with images of her removing make-up to reveal a black eye.

The scariest part of the video is how it somewhat ‘normalises’ domestic violence and makes you understand why someone would stay in a abusive situation. This an absolute MUST watch. It gave me goosebumps.

This video is sure to get under your skin:

Hozier has previously used his music videos to tackle serious subjects with the video for his hit single Take Me To Church urging Irish citizens to vote for marriage equality.

Proceeds from the song Cherry Wine will go to domestic violence charity organizations around the world.