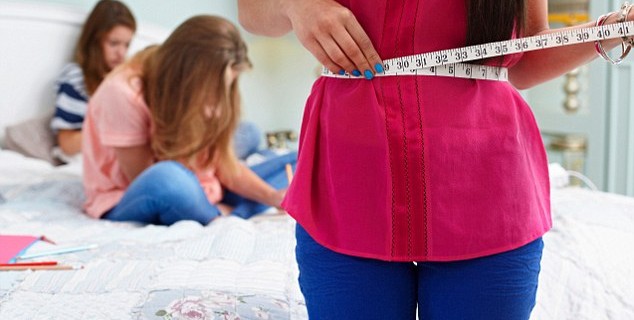 I have always seen myself as a fat girl

My name is Carly and I’m fat. If I said this to anyone who’s looking at me, they’d say I was being an idiot. I’m a full figured size 14 so even though I don’t look that fat, I am a fat person. My mate Eden calls herself an alcoholic, even though she hasn’t had a drink in 10 years. You don’t recover from being an alcoholic, you ARE an alcoholic. You don’t recover from being a fat person, you ARE a fat person. I was a fat kid and an even fatter teenager and it was about as much fun as having my fingernails removed by a plier/acid wielding monkey. I lost 25kg in my early 20s and I have to work every day to keep it off and re-lose it when I gain a bit of it back. I’m fat. I’ll always be fat, even if I’m in control of my fatness and you can’t see it. It’s still there. No matter how strictly I have dieted the best I’ve ever achieved is a VERY curvy size 12. I literally have no idea what it feels like to be skinny. 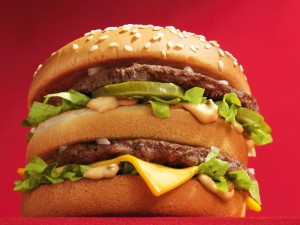 When I was in high school one of my closest friends was very slim. She was tall like me about 5’8 and wore size 8 clothing. I was obsessed with her body and the way her lifestyle and food choices had zero effect on her appearance. When she was hungry, she’d casually eat a large Big Mac meal and not even think about how many calories she was eating. She played basketball because she liked it not because her mother was worried about her weight and thought it would be good if she played an after school sport. If she needed new clothes she’d go to the shops and zip up a tiny pair of size 8 jeans and they would fit perfectly. She always had boyfriends and she could sit on their laps without squashing them and they could pick her up without so much as grunting.

We both did drama at school and the roles we each got cast in painted a grim picture of something I tried so hard to ignore. She was always the leading lady, wearing tiny dresses and short shorts, cast opposite the hot guys from the boys school across the road. I was always the funny one dressed in ugly overalls or I played a man. I was always the fucking man. My mate didn’t love the way her hip bones stuck out and would have been stoked to have bigger boobs but that’s pretty much where her body hate ended. Occasionally someone would tell her to go eat pizza and she’d be like ‘Okay.’and then she’d eat a whole pizza and not hate herself afterwards. It was fascinating.

When I talk about how horrible it was to be fat in high school, inevitably there will be a (skinny) someone who will say that they totally agree and that they were so thin in high school and it was torture.  I’m obviously incredibly biased here but I have a really difficult time imagining how the one thing I’ve wanted my whole life could be anything other than incredibly awesome. Deep down in my little soul, I feel I’d much prefer to have someone jealously tell me to eat a hamburger rather than have someone stick a picture of the fattest man in the world on my desk with ‘This is you as a boy’ written on it. (That actually happened to me. Fuck teenagers right?)

No one should ever make judgements about another person’s body, even if they’re thin. Especially if they’re thin. I’m a 100% supporter of body pride and I think being a teenager is a rotten experience for pretty much everyone. Tamsin and I both hated our bodies in high school and both of our experiences are valid but the fact remains that her body hang up (too thin) is the solution to my body hang up (too fat) but my body hang up isn’t the solution to hers. It seems somehow unfair. 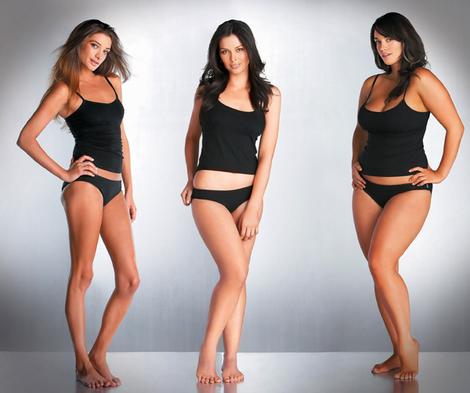 The truth is, I have a lot of difficulty understanding people who complain about being too thin. I’m not talking about people who are underweight as the result of illness (obviously not) – I’m talking about your bog standard skinny peeps with ragingly effective metabolisms.

Take my boyfriend for instance. Now this man is the light of my life but I want to make pain happen to him when he effortlessly drops a jeans size and then complains about it… especially if we’ve just been on holiday together and have eaten MOUTHFUL FOR MOUTHFUL the same food and climbed STEP FOR STEP up the same god damn mountains and at the end of two weeks he loses 3 kilos and I gain 5. It’s not his fault and it’s not his problem. It’s my problem. It’s a life time of my own frustration that’s built up to the point where anytime someone complains about their inability to gain weight all I hear is ‘My wallet’s too small for my fifties and my diamond shoes are too tight!’

My weight is something that I struggle with every day, every meal, every minute. This doesn’t make the struggles of naturally slim people any less meaningful or their horrendous high school experiences any less valid. It means that I’ve been so broken by own inefficient body that it’s made me a bit unsympathetic to the plight of my skinny brothers and sisters.

It’s this weird little skeleton in my closet. That thing that I’m not supposed to say because everyone is fighting their own battle that I know nothing about.

So when someone laments that they have to shop in the children’s section of David Jones because they’re too thin for adult clothes, I have literally nothing to say to them because I have no idea what it feels like to be skinny.

If you were offered a magical swap (big to thin, short to tall etc) would you take it?

This piece was originally posted on Smaggle.com