I saw a young girl overdose. I will never forget that

8 years ago I was producing an anti-drug commercial for Ambulance Victoria. As part of the experience I spent a night with a couple of paramedics, in a very well-to-do suburb, attending call-outs. An emergency call came in and the paramedics jumped to the call as I scrambled in the Ambulance after them. The call out said ‘ice overdose’ but as we blazed through the streets with the sirens on, the paramedics questioned whether the call out had meant to say ‘iron overdose’, because 8 years ago neither of these paramedics had ever attended an ice overdose.

The reality of what I saw that night will never leave me. A 20-year-old girl was on the ground in a nice apartment. Sweat was dripping from her body like water had been poured over her, and she was screaming on the ground clutching her head as if it was going to explode. Her two friends, who were also high, looked on helpless in absolute panic.

8 short years later ice has become a household name. It seems most people know someone who has been affected by this drug. After bringing up the conversation with a couple of friends recently, there was a sigh in the room as we swapped stories. We knew of a mother who had lost her son, a woman who had sent her partner out to buy foundation to cover the scars they had scratched into their face, and one of us also knew of a young girl who was selling her body for a hit.

My mum used to fear I’d try a joint or a bong. As a mum of two young girls myself, my fears are far worse than that now.

It is well documented that ice is a violent and incredibly damaging drug. It makes people stay awake for nights on end where reality becomes very distorted.  It makes people lash out randomly and psychotically at those they love or complete strangers. It makes people leave their families in search of the highest highs and find the lowest lows. It’s become the new heroin.

When I made the anti-drug ad for the Ambo’s, their top drug expert came to talk to the crew about the reality of drugs, how they were made, what they did and what the effects were. I’ll never forget the words, “if you put an ice users brain next to a heroin addicts brain, I’ll take the heroin brain any day of the week.”

In the 1970’s a professor of psychology did an experiment on addiction. He put a rat in a cage alone with two water bottles. One of the bottles was plain water and the other water was laced with heroin or cocaine. The rat became obsessed with the drugged water and kept coming back for more and more, until it killed itself.

The professor then created ‘RatPark’  where the rats had a beautiful environment consisting of coloured balls, the best rat-food, play areas and other rats to play with. All the rats tried both water bottles, but the rats with good lives didn’t like the drugged water. While all the rats who were alone and unhappy became heavy users, none of the rats who had a happy environment did.

Yes, ice is creating more social problems than ever before and our jails are full of people who have committed crimes in search of money for this evil drug or while under the influence of it. Ice has been linked to rises in crime and violence, but if we isolate and jail addicts without dealing with the underlying problem of the addiction, then it is a problem that will not go away, no matter how many taskforces you assemble.

There are not enough rehab beds to treat addicts in Australia and private facilities can charge up to tens of thousands of dollars for a one week stay making treatment only available to those with money.

Ice addictions are real and scary and we need to talk openly and loudly about all the dangers this addiction involves.

Seeing first hand how this drug affects people makes me want to wrap my babies in cotton wool. I know that is not the answer but I will never get the image out of my head of that young girl overdosing on ice.

Do you know someone affected by Ice?

Warning images below show people before and during Ice addictions. 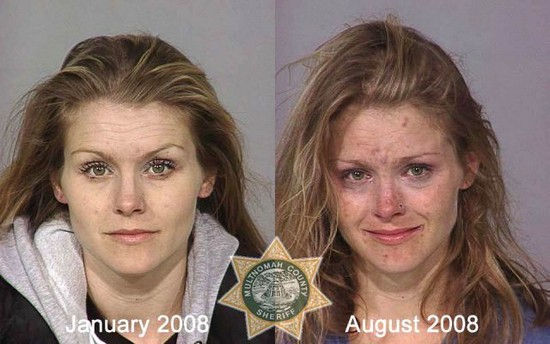 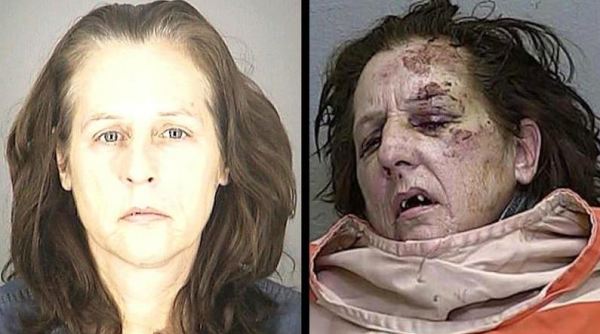 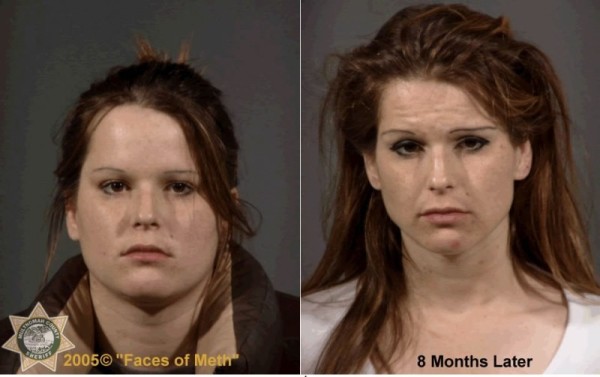 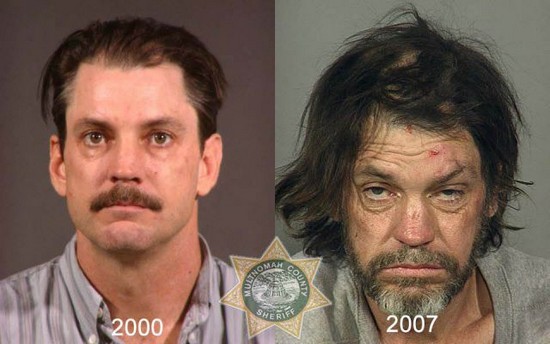