The 10 Commandments of IMPERFECT Motherhood

The pursuit of perfect parenthood is a total waste of time. Striving for perfection in the realm of raising children is as pointless as the pursuit of other things that don’t exist in the real world either, like the Loch Ness monster, a half-decent Miley Cyrus song or a multi-level marketing scheme that doesn’t annoy the fuck out of all your friends.

Here are the 10 commandments of imperfect motherhood:

1. Thou shalt not call yourself a shit mum

THIS NEEDS TO STOP NOW. As a general rule, shit parents don’t tend to reflect on the relative shittiness of their parenting because they are SHIT PARENTS. Ergo, if you think you’re a shit parent then you can’t possibly be one. Repeat after me: “I am not a shit mum. I am a fucking kick-ass mum and my kids are lucky to have me”.

2. Thou shalt not feel guilt
If the phenomenal success of 50 Shades of Grey has taught us anything, it’s that women are masochists who like being punished for perceived sins that have no legitimate basis in reality. Mothers guilt is fucked. Get rid of it. Do the best you can with what you have, and don’t beat yourself up for not being better. Guilt is for murderers, thieves and corrupt government officials – it doesn’t belong in the same phrase with a noun that signifies someone who would throw themselves in front of a bus for their children.

3. Thou shalt not martyr yourself to motherhood
You are your own person and – like an actual human being – it is perfectly normal to have needs, desires and frustrations of your own. It’s OK to be selfish. It’s OK to put yourself first. It’s OK to mutter a stream of profanity when they won’t eat bread without the crusts cut off. It’s OK to let them watch Peppa Pig when you CBF parenting for five minutes. Motherhood is not an alternative path to sainthood, and you don’t need to deprive yourself and/or smile beatifically at all times to do it properly.

4. Thou shalt not covet your neighbour’s bottle of wine
Get your own. Whether it’s a well-stocked cellar, a sneaky bottle of white in the fridge or a cheap bag of goon in the pantry, a small tipple in the evening can work wonders for the weary soul. Fuck all that judgemental horseshit about using alcohol to cope. No one is talking about being wasted to the point of incontinence – we already have enough shit and piss to clean up thankyouverymuch. 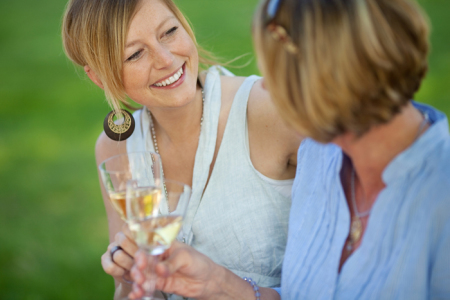 Thou shall be thankful for wine which provides sanity

5. Thou shalt not steal your kid’s party bag chocolate
Rules are meant to be broken and Freddo Frogs wait for no man before melting in the grotty hand of your toddler. That is the true sin here.

6. Thou shalt not take thyself too seriously
If Moses came down the mountain today he’d be rocking a hipster beard, a selfie stick and an iPad instead of a stone tablet. “Commandment number 6, peeps: Stop taking #thyselfie too seriously”. Somewhere between Neolithic cave paintings of LOLcats and the birth of Instagram, human beings lost the ability to laugh at themselves. You are going to do a lot of weird stuff when you become a parent, most of it humiliating and undignified. If you can’t laugh at yourself when you are elbow-deep in someone else’s shit, when can you?

7. Thou shalt not cast petty judgement
Judgement gets a bad rap. Judgement is great. It comes in handy when people do stupid things like feeding their three month old coke slushies or tooling down the freeway with unrestrained children in the backseat. The shit we need to stop is petty judgement about things that do no harm. Don’t like public breastfeeding? Hate when kids play with iPhones? Go home and wank-vent into your diary (or blog… *cough*). No one needs your petty little poison darts of pointless criticism.

8. Honour your children, and respect that they are resilient little buggers
The good news about kids is that they are resilient, and will generally resist all of our best efforts to fuck them up. Unless you are abusive or neglectful, your kids will probably grow up just fine. It’s actually kind of insulting to think they’ll be scarred for life if you can’t make that special assembly or you don’t have time to help them build a full-scale replica of Elsa’s ice palace from random shit in the craft box. Kids are tough little buggers, and happily make do with less than we expect them to. 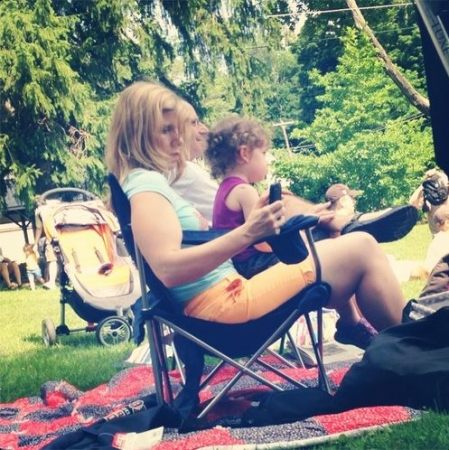 They will survive us being on our phones at the park.

9. Thou shalt not strive for endless perfection
One-hit-wonders Fairground Attraction are single-handedly responsible for destroying an entire generation under the crushing weight of expectation, with this entitled load of bollocks dressed up as a pop song:

It’s worth remembering that these guys crashed and burned after their one dazzling moment at the top. Moral of the story: Perfect is over-rated. It’s better to be consistently adequate for the long haul, than to spontaneously combust in a fiery ball of neurotic perfectionism.

10. Honour YOURSELF
Go easy on yourself, mama. I see way too many amazing women beating themselves up for not meeting the ridiculous expectations set for us by society, media and a million sanctimonious parenting manuals. If your children are loved, cared for and (mostly) happy you are already doing a kick-ass job. Think your kids are pretty awesome? Honour yourself for that. You are nowhere near as shit at this motherhood gig as you think.

This piece was originally featured on hugzillablog.com here.