Are your kids obsessed with anything at the moment? All I hear about is bloody Shopkins!

I have two daughters aged 6 and 3 and the most commonly used word in our house starts with an ‘S’ and it stands for ‘Shopkins’. This word used much at your pad?

In case you’re not in the Shopkins know, allow me to inform you. They are mini plastic toys like lipsticks and blenders and basically anything you can buy from the shops. They have mini little faces and, well, that’s it. They actually don’t do anything at all. You just collect them. They come in five seasons and I know this because I have had very serious and looonng conversations about which is the best season released. They have names like ‘Mary Muffin’ and ‘Penny Pencil’ and don’t get me started on the value of ‘rare’ and ‘ultra rare’ Shopkins because I have actually cut open a vacuum cleaner bag to release one of them from captivity.

I’ve seen my kids go through toy phases from Kinder Surprise eggs to Barbies but nothing has consumed their world like Shopkins. I know their addiction isn’t an isolated situation either, there are loads of kids out their who can’t get their mitts on enough of these things. 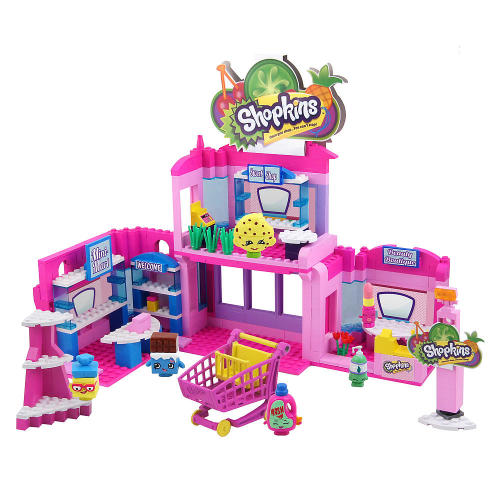 Takes me back to my obsession with swap cards as a kid and my precious book that housed my holly hobbie and cute cats swap cards, and that rush when I finally got a card that I had my eye on for aaages! Oh…that innocent rush. My 6-year-old often takes her little tin of Shopkins to her friend’s houses and comes home with a fresh new set boasting of her Shopkin negotiating skills.

I’m partial to Shopkins due to the bargaining power they have given me. There has been nothing quite like it. “You say that swear word again and that’s three Shopkins.” They are also pretty inexpensive, you can buy a few of them for a couple of dollars.  I only spent $30 bucks on my girls birthday presents this year because all they wanted was Shopkins shit.

They keep my kids happy and relatively silent which equates to more moment of bliss than I’ve had in a bloody long time. I get it, I really do…I feel exactly the same way when the postman knocks with my latest package to join the rest of my ASOS collection.

What are your kids obsessed with that the moment?