How weird is your kid?

Jimmy Fallon recently released a hilarious video of a segment called #MyKidIsWeird and it got me thinking about how weird my little people are, especially my son, Luca.

Luca is five years old and is currently OBSESSED – and I use that word with full force – with the 80’s glam rock band, Poison. Remember them? Nothin’ But A Good Time? Fallen Angel? Unskinny Bop?  Yeah, well Luca knows all those songs off by heart. He does drum solos on the couch with wooden spoons and wants to wear a bandana around his head at all times.

I recently had to tweet Poison’s lead singer, Bret Michaels, with a picture Luca had drawn for him. Some kids draw trucks, some draw dinosaurs. My kid draws the Poison band members. Here’s a taste of his artwork… 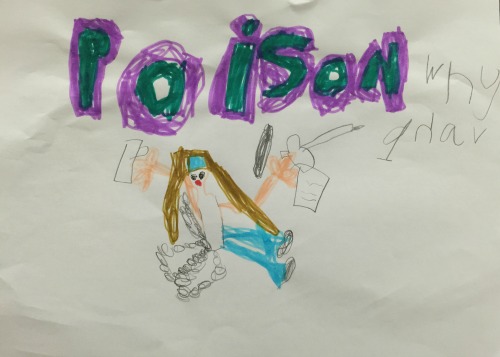 This is Bret Michaels. Those swirly things on the side? They’re chains. It also looks like he has a dick in his hands, but Luca tells me that’s a blood-glucose tester, because Bret has Type 1 Diabetes. 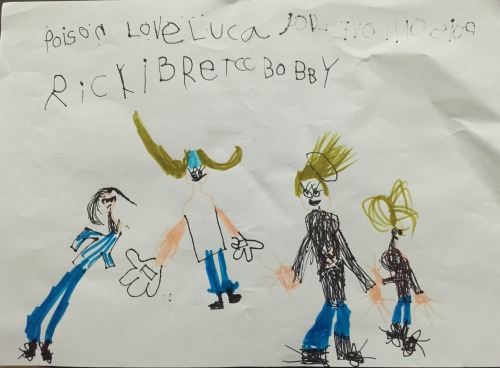 The entire band. He even wrote their names – Ricki, Bret, CC and Bobby.

I guess there could be worse things to be obsessed with, right?

What is the weirdest thing your kid has ever done?