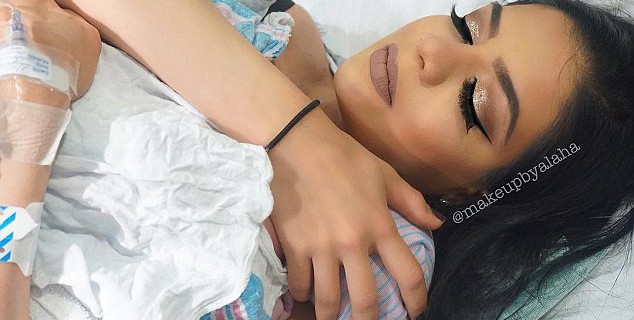 How much did you care about your appearance during labour?

Did you care about how you looked when you were getting ready to give birth to your child? Like, in the throes of labour, were you worried about your appearance at all?  Alaha Majid was. A lot.

The make-up artist from New York City incredibly (and meticulously) applied a full face of make-up, including false eyelashes, while deep-breathing her way through contractions during the birth of her daughter Sofia Alaya Karimi on February 15.

According to Alaha, she would pause during contractions, and then continue on with contouring, sculpting and blending the eyeshadows applied from the 35 pan palette she packed in her hospital bag. 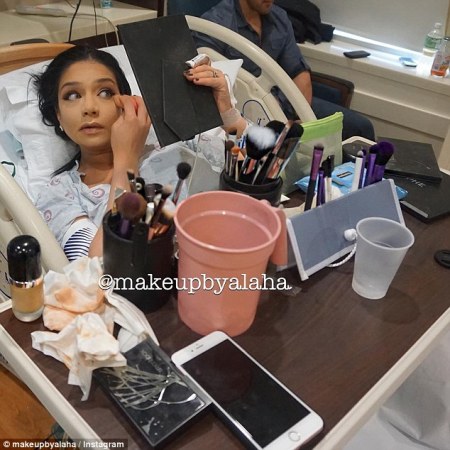 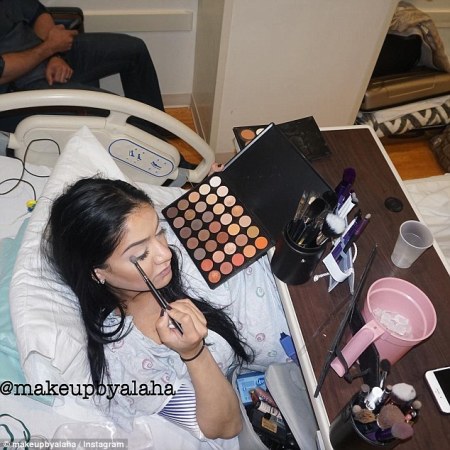 Now, the lengths Alaha went to were a little further than most of us have gone to, but I can definitely relate to this. During my daughter’s labour, I broke out it these crazy spots all over my face and I may or may not have been seen applying concealer in between my contractions. Whether this was because I wanted the first photos to look nice (they weren’t – I looked like I’d gone around 50 rounds with Rocky) or because I was slightly in love with my obstetrician (Hi Dr O’Callaghan!) didn’t matter. In hindsight, it took my mind off the fact that my vagina was gearing up to be stretched to within an inch of its life. 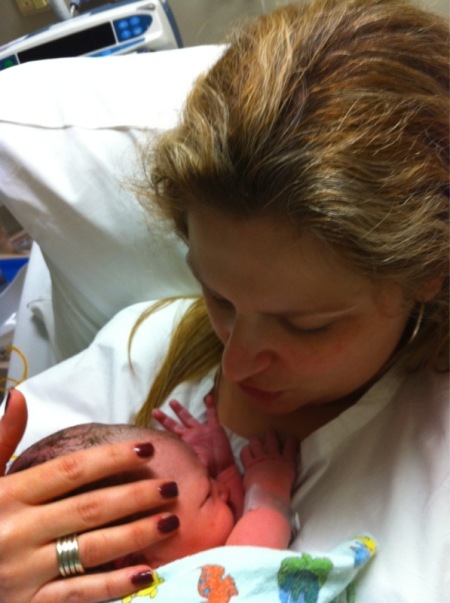 Ok, my hair was a little worse for wear, but those painted fingernails were no mistake…

Most of us do little things to prepare our bods prior to birth don’t we? Maybe it’s not exactly applying a full face of makeup while your uterus is contracting, but it could be not letting your fake tan game falter for a second in the lead up to the birth, like Monty did. It could be cringing through contractions in the shower while you shave your legs and lady garden in preparation for the moment where the spotlight is, literally, just on them.

Whatever your style, the important thing is that you do whatever makes YOU feel better. For Alaha Majid, that meant a shitload of contouring and cosmetics, for Monty it was keeping her year-round glow and for others, it’s just making sure you’ve got pants on. Either way, that baby is coming out.

Did you care about your appearance during birth?