This dad and daughter wedding dance will break your heart

Lila May Schow’s parents are in a situation that would bring any parent to their knees. Lila has been fighting cancer since she was two-years-old and just before Lila’s 5th birthday her parents received the news that nothing else could be done. Lila would not see her 6th birthday.

As a parent of a five-year-old little girl this story hit way too close to home. It is completely unthinkable to imagine planning your child’s last birthday. But’s that’s exactly what Lila’s parent’s, Ryan and Heidi had to do. So instead of just throwing Lila a 5th birthday party, they made it a prom, wedding and birthday party for all the occasions she would never experience. 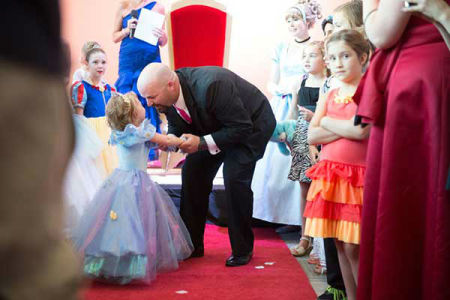 Lila suffers from Neuroblastoma, one of the most common cancers found in children, and was diagnosed at 2 years of age. “She’s been fighting ever since,” Lila’s father said. “It’s been 3 years, well over nine surgeries…numerous chemotherapies.”

Ryan and Heidi posted about the birthday party online, starting a Facebook group and the response they had was incredible. After deciding on a Cinderella theme hundreds of locals, many of them strangers, got together and dubbed themselves the “princess patrol” organising a magic castle, a horse-drawn carriage to take Lila to her ball and two custom-made gowns. 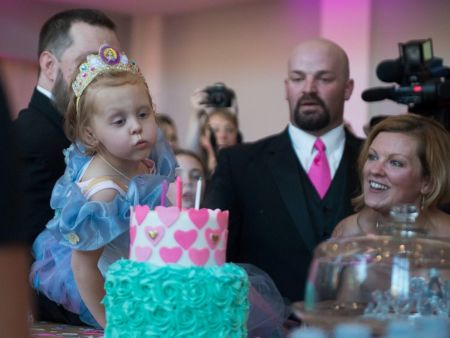 Ryan and Heidi wanted the party to have all of the moments that parents should have with their children but that they would never experience.  Ryan did a special daughter daddy ‘wedding’ dance with Lila, tears streaming down his face because “we’re not going to get the prom dance or daddy-daughter dance,” he told KATU News.

When Lila was asked what was her favourite moment of the day she said when Daddy cried during the Daddy Daughter dance because he was so happy. The beauty and innocence of children. So so heartbreaking.

If you’re brave enough you can watch the dance here: