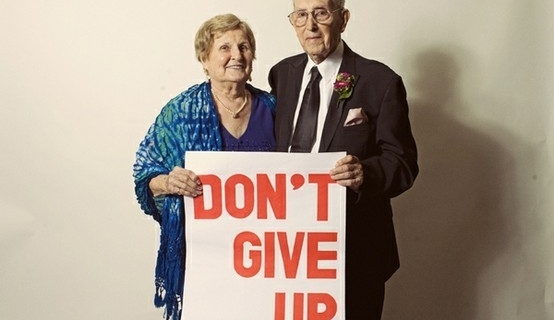 What would be your marriage advice in 3 words?

As any married person will tell you marriage can be some hard yakka at times, so the clever chickens on the TV show Midnight on Comedy Central invented a hashtag game #MarriageAdviceIn3Words and it’s gone totally nuts on Twitter.

The celebs jumped straight on the bandwagon with actor Seth Green tweeting “Eventually You’ll Die” and US night-time host Craig Ferguson believing “Deny Deny Deny” will get you through in the long term. 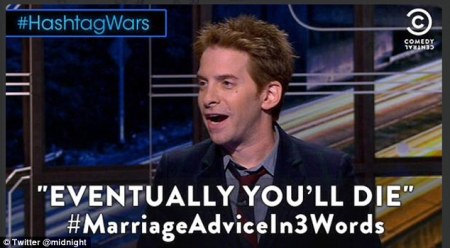 The advice ranged from the beautiful and inspiring, to the downright hilarious and weird. A lot of the tweets centred around fidelity such as “No Hot Nannies” – are you listening Ben Affleck?  And letting your wife believe she is always right.

Computer privacy and social media are obviously a major source of marriage tension,  because there was lots of advice on how to avoid marriage instability by hiding your computer use, “Unfriend Your Exes”, “Delete Browser History” and “Use Good Passwords”. Possibly people done over in the Ashley Madison hack perhaps?

Not all the advice was sarcastic and terrifying however with some people offering up some beautiful words to carry anyone through the hard patches that marriage can bring with sage advice such as, “Communication Commitment Compromise”, “Laugh, Love, Lust” and “Marry Your Friend”.

And sometimes it’s just the simple things in life that matter like “Do The Dishes” and “Put Lid Down.”

What would your marriage advice in 3 words be?