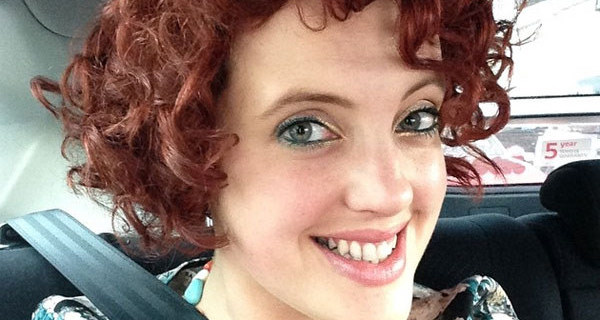 The BEST response to a Tinder date from hell

And people wonder why I won’t try online dating.

Yes, loads of people have met and had fun flings or successful relationships as a result. Hell, I even know a handful of happily married couples which resulted from finding the one online.

But it’s shit like the following story that makes me even more terrified to delve into the notoriously fickle beast that is online dating.

British woman Michelle Thomas found herself out of a long term relationship and so decided to give the whole Tinder thing a go. Unfortunately, she was met with Simon, a douche of epic proportions who, after just one date, decided to message Michelle and unload his own twisted version of tough love. He felt warranted in declaring that whilst he was totally attracted to her wit, intelligence, yes even her face, alas her physique wouldn’t be enough to keep him happy. And I quote “I would marry you in a shot if you were a slip of a girl”.

He goes on to repeatedly affirm how much he truly adores her but that unfortunately, when push came to shove (and he’s a little more crass about it), the sight of her naked body would only result in his disappointment. You can read the full despicable message on Michelle’s blog here.

I can’t tell you how furious this makes me and on how many levels. One, why do people feel like they have the right to express their truth no matter how hurtful it can be to others and no matter HOW uncalled for? Two, what possible outcome could his word-vomit have had other than hurting Michelle’s feelings by making her feel utterly undesirable? Was Simon hoping it’d spur her on to some epic weight-loss with the sole motivation of being able to turn him on?? Did he know that Michelle is actually trying to lose weight and that being criticised for the ONE THING you’re already trying to change about yourself could be more than enough to create some long-lasting self-hate?? And finally, constantly repeating how much you adore someone doesn’t give you the right to then follow-up with being a condescending arsehat and excusing your lack of lust under some ridiculous notion that it’s the failings of what makes you a man. 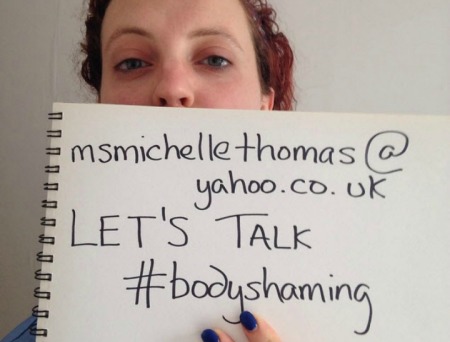 Thankfully, Michelle crafted an utterly awesome and classy response where she displays that epic wit and intelligence whilst totally accepting that yes, sometimes you can love someone as a friend but that unfortunately it may lack any sexual chemistry and agrees just sometimes it doesn’t work out.

You don’t have to fancy me. We all have a good friend who we look at ruefully and think “you’re lovely, but you just don’t tickle my pickle”. We wish we were attracted to them, but our bodies and our brains don’t work like that. And that’s fine.

But she also acknowledges the sadistic nature of even sending such a message in the first place, leading to this eloquent sentiment that really hit me in the heart.

You stirred a dormant fear that every woman who was ever a teenage girl has — that it doesn’t matter how funny you are, how clever, how kind, how passionate, how loyal, how determined or adventurous or vibrant — if you’re a stone overweight, no one will ever find you desirable.

We’ve ALL been that teenage girl and some of us still struggle with that feeling as adults. I know I do. But what’s even worse is that apparently Simon himself HAS a 13 year old teenage daughter. Writes Michelle: “I want you to encourage your daughter to love, enjoy, and care for her body. It belongs to her and only her. Praise her intellect, and her creativity. Push her to push herself and to be fearless.”

To think that men who have attitudes like that are responsible for raising impressionable young girls is the most frightening, especially when Simon tries to excuse his abominable behaviour under the guise of honesty and a thinly-veiled attempt at self-actualisation: “I’m trying to be honest with you without sounding like a total knobhead”.

Sorry mate, but that’s exactly what you’ve done. Next time, a simple “it was lovely to meet you” will do. Otherwise, just shut the fuck up.