This piece is brought to you by SmarTrike

Parenting guilt is something we could all do with A LOT less of; especially us mums. We often give ourselves a pretty hard ride about how we are performing in the parenting stakes but the fact is, Elsa from Frozen was on to something – sometimes, we’ve just gotta let that shit go. Here are the Top Five things I refuse to feel guilty about anymore….

Being a working mum: Ok, so I’m not going to lie – I still struggle with this one. Working from home affords me some great luxuries, like being able to do the school pick-ups and work on the couch in my elasticised tracksuit pants, but it also comes with its drawbacks. The begging of “Mum, can you PLEASE play with us” while I’m banging on the keyboard after school is almost a daily occurrence, as is my standard response – “I can’t, I’m working.”  I often feel the sting of guilt of being pulled in different directions, but then I remind myself that my kids are actually seeing me kick ass. I’m working towards a career I love and they get to watch that happen and hopefully learn from it. Not only do I want my kids to know that working is an ongoing responsibility, one that allows their dad and I to give them a home, pay the bills and buy them the things they like, I also want them to understand that I want to work because I love my job. 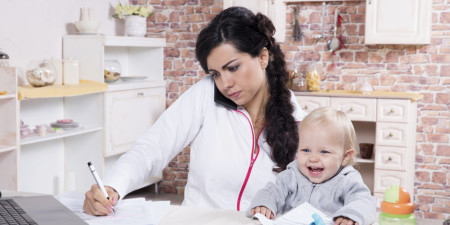 School lunchbox treats: Like most mums, I try to shovel as much of the ‘naked foods’ (my GOD naked foods will end me) into my kid’s gobs as I can, but I refuse to make their lunch boxes all about carrot sticks and unsweetened Greek yogurt. Every day my kids choose a fruit or veg to take to school, their sandwich filling and their afternoon snack. Some days the arvo snack is popcorn, other days it’s CC’s or Anzac biscuits, but the choice is theirs. I refuse to feel guilty about this because CC’s are bloody delicious and I would never deprive them of experiencing that crunchy, salty goodness. CC’s are far from naked, they come in plastic packets and they are jam packed with un-naked like things but I am A OK with that!

The dreaded park: One of the drawbacks of having a small backyard like I do is that there’s no other choice than to take the kids to the park to have some outdoor play. Truth is I don’t enjoy going to the park. AT ALL. The one exception was when my mum bought my daughter a SmarTrike for Christmas when she was little. My God, that thing was a game-changer for us. We would strap her in and she would ride her wheels down to the park with us, smiling and waving at all the passing cars like she was some kind of celebrity. Once there, we would stick her in the middle of the concrete area and she would happily go round and round in circles until it was time to ride home. I think she loved it so much because she felt so independent on it; there was no need to cramp her style, just watch (and by watch, I mean look at my phone) as she figured out how to use it on her own and in the end, I reckon she could have performed a SmarTrike Crusty Demons show. When she outgrew it, my son inherited it and loved it just as much and now, it’s in the hands of my nephew who adores it. I miss that bike. 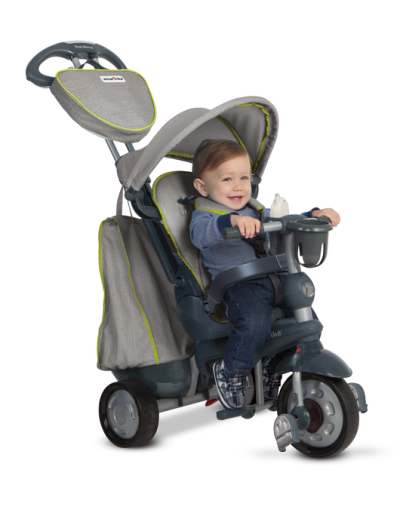 A night OUT and away from the kids: My daughter didn’t have her first night away from home until she was five years old, mainly because I felt so guilty about the thought of her waking during the night without me there. My oh my, how times have changed. Once I got a taste of it, a kid-free night has seriously become one of my favourite things ever. Dinner and drinks with friends or an overnight stay in a nice hotel with my husband don’t happen often but when they do, I’ll snap up the opportunity to ship the kids off to one of their grandparents in a heartbeat. The kids enjoy the time away from us too, so it’s a win/win really. NEVER feel guilty for needing a break. Ever. 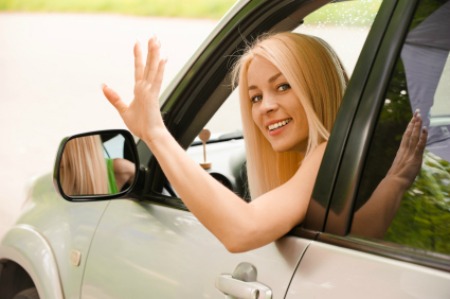 My parenting rules: This has been a big one to overcome, but I think I’m almost there. I’ll happily admit that I can be an overprotective parent at times, but I’ve come to the realisation that I don’t need to justify myself to anyone. Sleep-overs with friends, for example, are no-go zones for my seven and five-year-olds as are things like playing alone at the park or spending time at a friend’s home whose parents I don’t know. Ordinarily I would say to other parents, “Sorry, but I have to say no. I’m such a psycho parent” but I have learnt that my protectiveness over my kids is nothing to apologise for in the same way more lenient parents shouldn’t apologise for their choices. I am not a psycho, just a mum making the decisions I think are best for my kids. No guilt allowed.

What parenting guilt do YOU need to let go of?

*SmarTrike’s latest innovation, the Explorer 5-in-1, is a revolutionary model which transforms in FIVE different ways, growing with your child from 10-36 months old. With touch steering technology and an advanced swivel wheel for smooth and intuitive manoeuvring, the SmarTrike fosters confidence and motor skills until your child is ready to transition into riding a bike or scooter on their own.