*This post is sponsored by Mortein Rapid Kill. But all the views and opinions are Monty’s.

For most people, after they have a baby and the day arrives for them to take said baby home from the hospital, they bee line for their abode and embrace the fact they have a new addition in the family. 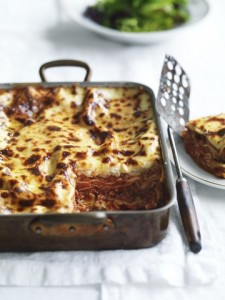 Couch sitting and baby gazing usually takes precedent over anything else and if you are one of the lucky ones, home made lasagne and bolognese gets dropped at the front door by fabulous friends.

That is what I had envisioned would happen after I gave birth to my son. I was so excited to get the little human I had cooked home. I was in the baby bubble of equal parts exhaustion and exhilaration. My boyfriend, Sam, and I (No, we are not married and Yes, we have procreated) were so excited to sit on our couch and snuggle with our shiny new little toy.

We had been home for only four hours, lying on the couch taking turns of inhaling our new son. We were drunk on love and tiredness. All of a sudden Sam started to flap his hands around his head while looking at me and said ‘Can you close the windows, bugs are getting in’. Not wanting my pure baby to be touched by anything with more than two arms and legs I promptly jumped up and closed all open windows and doors.

As I was flicking the lock on the last window I heard Sam scream from the couch. What had happened? Was my baby ok? Had he dropped him? Or rolled on him? Or decided he didn’t want to keep him? A million thoughts raced through my head while I raced back over to the squawking mess of a man clutching at his ear.

“Somethinnnnng has flown in my earrrrr”. “It’s burrowing into my brainnnnnnnn”. “Babe, whattttt is itttttt?”

To Sam’s disappointment I couldn’t see a thing in his ear, I told him it was probably nothing, a bit of fluff or dust. He was ruining the baby bliss and I was irritated. Then, amidst my state of irritation, my peripheral caught glimpse of a scattering movement on the floor. It was a cockroach! Without hesitation, I grabbed the Mortein Rapid Kill and that thing was dead in one spray. Meanwhile, it had been another minute of man screaming, rolling on the floor and aggressive ear grabbing. It became apparent that the fluff or dust may actually have legs or wings and be related to the roach I just killed.

I quickly called Sam’s Dad who raced around and took Sam to the hospital. For the next three hours he sat in the emergency room waiting while a bug of some form moved further into his ear canal. I sat at home eating 2 minute noddles alone with our brand new baby. 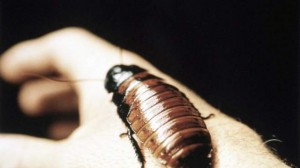 When he eventually walked back in the door he was holding a wee container that doctors give you, you know the ones, with the yellow lid. Inside the little container was a cockroach. The one that had flown into Sam’s EAR and was on a sprint to his brain. The doctor flushed out the roach and as a badge of honour Sam brought it home.

And that is how we spent the first night as a new family. Me with my new baby and Sam with his pet roach.

If only I had spotted that cockroach early and had the chance to spray it with Mortein Rapid Kill before it decided that Sam’s ear was a great place of residence, this story would have ended very differently. Much more pleasantly.

How was your first night home as new parents?