How much pocket money do you give in your house?

However, it appears one VERY rich tween’s parents may have taken the pocket money thing too far, with their child being given US$350 (AUD$467) per month. In an anonymous interview with the ten-year-old, The Daily Summer delved into what life looked like for a kid who gets that much pocket money. 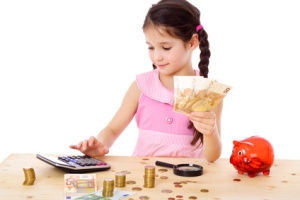 During the interview, the child told reporters that the Apple Watch was the newest ‘must have’ gadget amongst him and his friends, as well as model  Ferrari toy cars. He also told fans of his lifestyle that he is the proud owner of an AMEX credit card, and believes that his ideal monthly allowance would rest at US$700 per month. But not to worry- if he does go over his allowance, which is only half of what he would deem ‘fair’, he has his mother’s credit card number memorised.

The youngster also has a nanny, who his parents have assured him will stay until college. He said of his nanny; ‘When she picks me up, she has to bring my phone. Every day she has to charge my phone to 99 per cent; I don’t want to overcharge it. She stays with me when my mom is away. I’m a little bit demanding and picky. I’m specific about my food. If the cherry has something in it, like a seed, I don’t want it. I like everything in order. My nanny is also the only person who can touch my gadgets, because she cleans up my room. She also organises my colognes and combs.’

So, how does pocket money work in your house? In my house, I was always allowed $5 per week growing up, but I HAD to keep my room clean. I had other friends who got $30 per week, but they were expected to do household chores such as clean their bathroom, do the dishes, walk the dog, etc, and then other friends who weren’t given pocket money at all, but had their good behaviour rewarded with a sleepover or a trip to the movies. Either way, if your kid isn’t making their nanny charge their phone to exactly 99%, I’d say you’re doing a pretty good job.

What do you think? How much is too much pocket money? Or, should children be given pocket money at all?