The mother who sacrificed her life for her unborn child

In a truly nightmare scenario, mother-of-three Cara Combs was given the devastating news that she had Stage 4 Melanoma. The news was made even more agonising by the fact that this young mum was 23 weeks pregnant with her fourth child at the time of her diagnosis.

Cara, from the US state of Missouri, was urged by her doctors to deliver her unborn child so that she could immediately start treatment for her aggressive cancer, however, she chose to delay her treatment.

She delayed her treatment so that she could give her unborn baby the best chance at life – a hope that most of us mothers pray for our children. 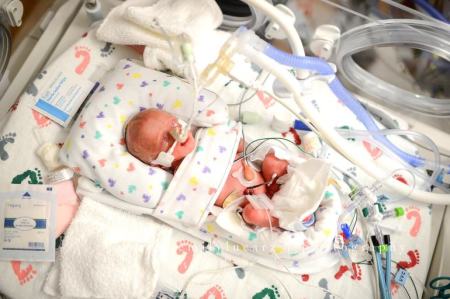 But it was too late for Cara and she passed away from complications unrelated to her cancer just three days after Shaylin’s birth.

Emily Lucarz, a friend of Cara and photographer who took many beautiful photos of the family prior to Shaylin’s birth, said on her Facebook page, “Cara ended up needing a liver transplant, but because of her cancer, she was not a candidate. Her giving baby Shaylin a chance at life, was the MOST SELFLESS thing she could have done.”

And Emily is right – Cara’s decision was an undeniably selfless one – but I think making either of the two harrowing decisions she  faced would have been selfless.  Choosing to allow her unborn baby to be born healthy, knowing it would most certainly be forsaking her own life, is incredibly altruistic, but so would the decision to accept treatment and take the risk in order to have a chance at living for the children she already had.

In a scenario like this, there is no ‘right’ answer – there is only the decision that a mother feels deep down is the right one for her.

If I’m completely honest, if I were faced with Cara’s decision, I don’t know if the answer would be as clear-cut for me. I don’t think that makes me, or any other mother who has had to make such a difficult and life-changing decision, any less of a loving parent, it just makes us different.

What is certain though, is that Cara’s children will forever be left with the legacy of how incredible their mother was. How much she loved them; how much she did everything in her power to allow Shaylin to live and be a part of their remarkable family. 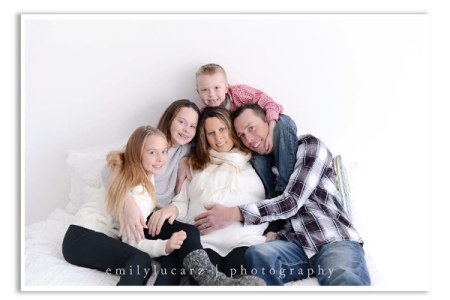 Cara and her family just days prior to Shaolin’s birth.

“I wanted to let everyone know that we lost Cara Walters Combs this morning. I don’t have to tell you how great of a person she was. I always knew she was destined for greater things. We all have a perfect angel looking over us. She was the strongest person I ever met and the best wife and mother. She sacrificed everything so her legacy could live on. Thank you all for your support and prayers. She was my everything and always will be.”

Rest In Peace beautiful Cara, safe in the knowledge that you were and will forever be an amazing wife, mother and friend who will never be forgotten.