When I picked my 6-year-old daughter up from school recently, she brushed her hand against her forearm and said to me, “I wish my skin was white.”

My daughter is half-filipino and the look on her face as she said this horrified me. She wanted to be something different than what she was, when all I see in her is perfection.

I asked her if someone had said something to her, but the reality is she is mostly influenced by the world around her. The predominately white and blonde disney princesses and the caucasian characters she sees on TV is what puts these thoughts in her head.

My friend Charlotte is also half-filipino. I met her on a film set where she was the lead actress (I work in Film Production). She is one of those people you gravitate towards; friendly, funny and genuine. We immediately formed a bond when we realised she was half-filipino, like my own children. 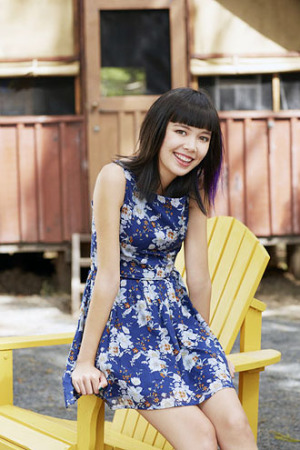 Charlotte Nicdao on the set of HBO series Camp

When Charlotte found out that Olive had wished she had whiter skin, she invited my daughters and I to have dinner with her family. For Olive it was SO exciting that she was going to meet a movie star, someone she had seen on TV. Charlotte and Olive bonded straight away and I could have cried when Olive looked at Charlotte with complete admiration and said “your skin and hair is the same colour as mine.”

To my daughter, Charlotte is the cool and beautiful TV star who looks exactly like her, and the next time Olive mentions her skin colour, I will remind her that her skin looks like exactly like Charlotte’s.

Charlotte recently wrote an article for dailylife.com.au on the realities of working in the Australian TV industry as a non-white actor. It was beautiful and intelligently written, but the online comments had me wanting to curl in a corner and cry. Comments telling her to basically stop whinging.  The comments served as proof that my daughter has every reason to worry she won’t be absolutely accepted for who she is.

I am so grateful to Charlotte for taking my daughter under her wing and helping her to be comfortable with her own heritage. I am also proud to know someone who fights for changes in the world around her so that she can help create a more equal and fair representation of the world on our screens. A world my daughter will grow up watching.