Sometimes it’s easy to miss the kind things that people do for one another, especially when the bad stuff gets more coverage. Truth is, there are some lovely, lovely humans roaming this planet of ours.

Ridge Quarles, an employee at Mexican restaurant, Qdoba, in Kentucky USA is one of the loveliest ones.

Dr David Jones, who was eating at the restaurant at the time, was so moved by what he saw that he filmed Ridge’s act of kindness and it has since gone viral.

Here are some other acts of kindness that will make you feel good about humanity today.

This woman purchased two meals from a street vendor, introduced herself to this homeless man and offered him one of the meals. Instead of leaving, she sat with him and had a conversation while they ate together. 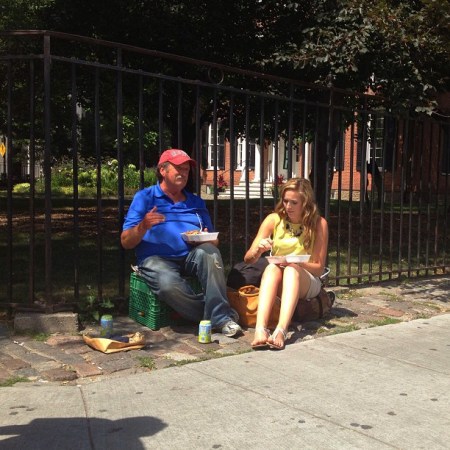 When their fire pit was stolen, these residents made the following sign for the thieves. Their firepit was soon returned. 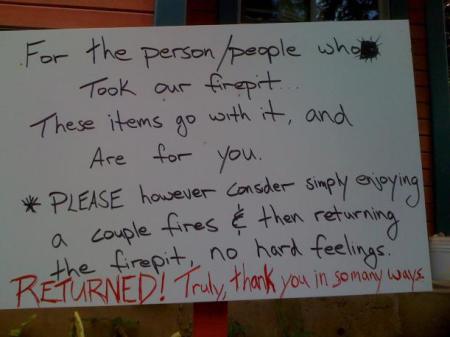 A waiter noticed that a mother and daughter having dinner together both started crying during their meal. The customer sitting next to them handed the waiter this note so he could pay bill. 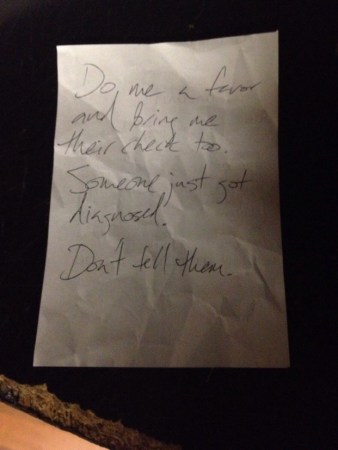 Non-profit group, Lava Mae, converted a bus into two full bathrooms offering toilet facilities, hot showers, soap, shampoo and towels free of charge to those living on the street. Lava Mae’s founder said she wanted to return a sense of dignity to the homeless. 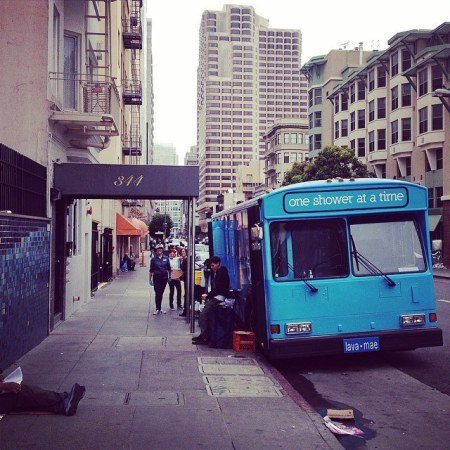 Whilst this homeless lady slept alongside her belongings in a McDonalds, random strangers that passed her left money on the table in front of her so she could use it when she woke. 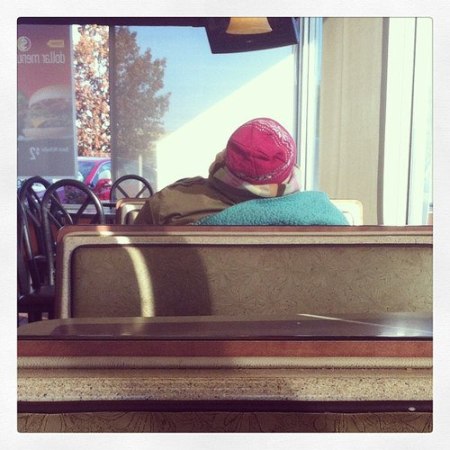 Every day at Juhu Circle in Mumbai, Krishnadas stands for hours on end holding this sign, urging commuters to “love everybody”. 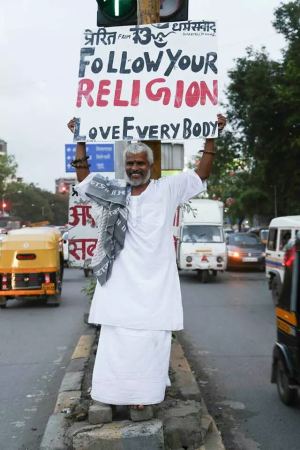 In Tenganan Village, East Bali, a man plays bamboo music to entertain a disabled child who is not his own, but finds happiness in his playing. 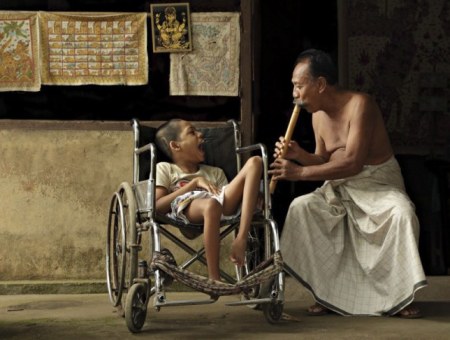