The FOUR rules of parenthood. How many did you break?

When I squeezed my first mini human out four and a half  years ago, I was a tad delusional! I had set myself some rules regarding parenting. It’s fair to say I didn’t just break every one of these rules – I snapped them in half and slam dunked them in the bin. Daydreaming about what my life was going to be like when my bub arrived was a tad different to the reality. Rules are so easy to make when you have no idea what’s required to stick by them.
Below are the rules I made and I was super serious about them too. Feel free to laugh at how ludicrous I was.

NO junk food until at least two years of age.

Whoops, fail! While half way through the never ending path of IKEA, my tiny human who was relatively new to solid foods decided he’d had enough. Perfectly understandable, but I had no snacks to keep his mouth entertained for the remainder of the yellow brick road. Normally I’d have cheese stringers, cruskits or some other blandness for him to gum on but the stash was empty.

There was nothing else to do but shove a choc chip muffins, banana cakes, milks shakes and maybe even  an eclipse mint in his trap. His little eyes nearly bounced out of his head from the sugar over load but he was quiet and happy. You do what ya gotta do to get an extra 20 minutes of shopping time. 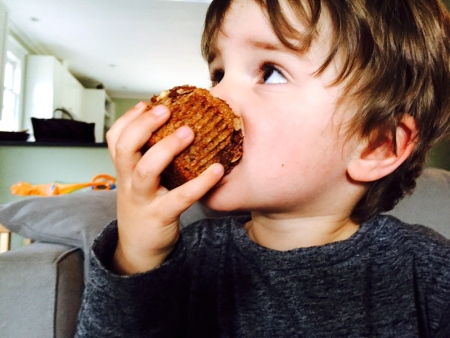 NO play pens in the house.

I used to look at playpens like child jails. How could any mother put there kid in a square metre animal enclosure and then happily sleep at night? No chance was I going to invest in such a thing. Rule Number two was made.

I planned to invest my time in reading and singing to my son. I would teach him life’s most valuable lessons every waking second. This was until he became mobile. What a bloody game changer that is?

When simple tasks like going to the loo and making a cup of tea became trickier than brain surgery…. I penned him up. I went out and purchased the fanciest playpen money could buy and my kid spent hours of his day in it, thoroughly entertaining himself. It was  heaven. I could race to the toilet…..alone. What a treat.

If we ever needed our son looked after it would only be by a family member. How could anyone leave their beloved child in the hands of a stranger? The rule was made.

This rule stood in place until every family member was unavailable to look after my mini man one night. Was I going to cancel going out to dinner and having grown up conversation with friends? Nope. The rule was snapped in half and a lovely 18 year old did a perfect job of babysitting my kid.

Once the rule was broken I indulged in my newfound freedom. I have a black book full of babysitters I call on regularly.

Rules are much easier to make when you are living in a dream world. As soon as the reality of an actual real life kid hits home, the rules can go suck it. My mantra is ‘pick you battles and survive’.

What rules did you make and then break?