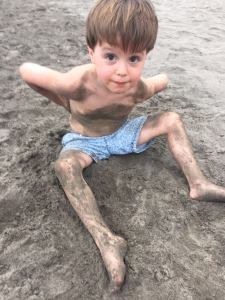 Wanting your kids to eat healthy is fabulous in theory but once they get a taste of sugar it’s like keeping a crack addict away from the junk, and you just gotta pick your battles. Now both my boys enjoy a balanced diet of all the colours of the rainbow, yellow from bananas, orange from corn chips, green from grapes, red from spaghetti sauce and of course green being the sprinkle of a herb on BBQ shapes, I must not forget that.

My boys are happy, full of energy and as long as I can get a little something of substance into them every third day then I think that equals success.

My eldest son Bax is the size of a twig, he is what I call ‘petite’. He kind of looks like the human version of a baby greyhound. Sometimes he will charge off one muesli bar for a day and other days he will eat us out of house and home.

There are always snacks and nibbles within my kids reach to keep their tummies full and sometimes they chomp away and then other times the carrot sticks go a bit white on the outsides from being left uneaten for way to long, (you know how they do that? Yuck.)

I saw a picture of Kristin Cavallari’s little boys (for those on you non-reality TV addicts unlike myself, she was on one of the original reality shows, Laguna Beach and also The Hills. She is also married to Pro American footballer and lives in a bullshit awesome home, check it out here.)

Her boys are similar ages to mine and their bodies look similar to that of my little whippets. Kristin posted this pic of her family at the beach on her Instagram and the amount of parenting abuse that was thrown as her was off the charts. People accusing her of starving her kids. WHAT???? Is that cause we can see ribs? You can almost see the outline of every one of my son’s organs and I am far from starving him. 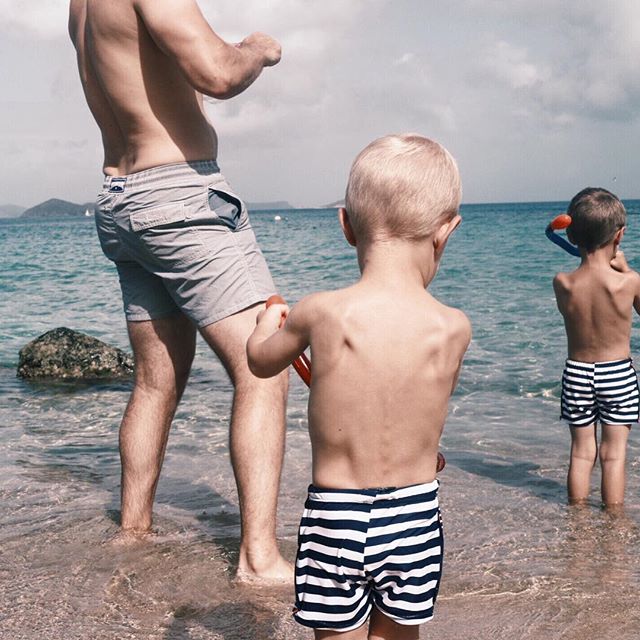 Some of the comments under the pic on Instagram included:

“I understand you live a very strict dietary lifestyle but these children are very obviously nutritionally deficient.”

“Seeing pictures of your boys and how they look is a bit shocking to see! I know you cook healthy but to see the bones just doesn’t seem normal, sorry!”

Fuck off. Seriously, this is madness to me. I was so tiny as a kid my nickname was ‘sparrow’, annoyingly as I grew up the nickname seemed to fade away.

I don’t know Kristin from a bar of soap, other than the one she used while scrubbing Brody Jenner down in an ep of The Hills, but I’m pretty sure she isn’t with-holding food from her offsprings to keep them slim and expose a little kid bone.

If your kids are chubby or big you are mean for over feeding them, if your kids are skinny and you can see a rib you are critisised for calorie counting. Shall we ever let metabolism and genetics play a role in the great kid weight debate or must we continue to point fingers and blame?

Pass me the tim tams, it’s time for my kids dinner.