When I was a new mum all that mattered to me was sleep – my sleep and my baby’s. I was ‘that’ mum who didn’t let my friends knock on the front door, and if you were lucky enough to visit while my kid was sleeping, conversations happened over coffee in whispered voices in the furtherest room from where my child was sleeping.

I may have even called the council once to ask if they could pick up the bins later than 5am. The day of rubbish pick-up day became the nightmare of my week. If you’ve ever dealt with an overtired baby you’ll probably understand the horror that ensues.

A man has publicly shared text messages sent to him by his neighbour who constantly asked him to keep quiet while her baby was napping. He met the new mum after moving into the apartment complex and told her to let him know if he was being too noisy. The very next morning he received the below text message. (Yellow text is the mum and blue text are his) 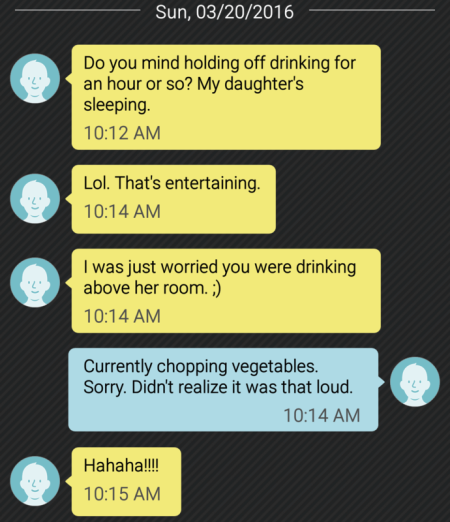 The chef went on to describe the other texts he had received from the neighbours.

The man, who is in a band, explained that the messages became more frequent and he changed his drumming schedule to accommodate, “Most times, I would even wait for them to leave so that I could drum. I got a lot of these within a minute of starting. My practice dropped to once a week, sometimes not for a few weeks,” he wrote. 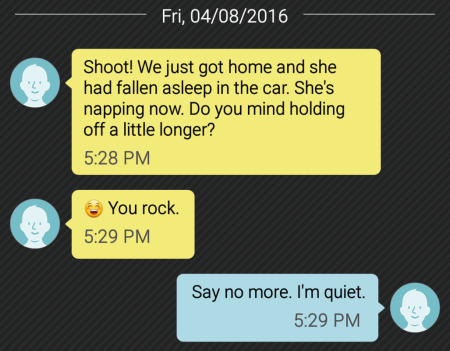 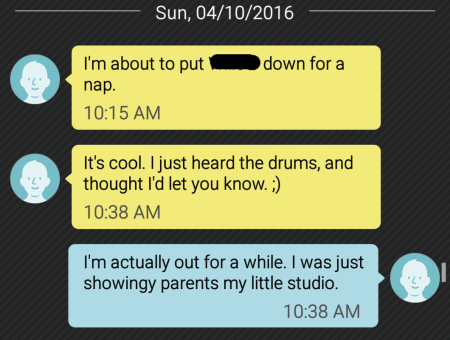 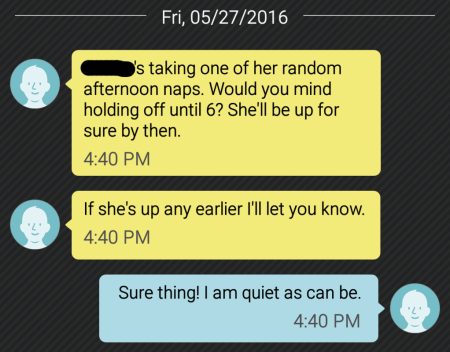 After tiptoeing around his neighbours to avoid complaints he finally received a notice from the apartment management asking him to cease drumming altogether. 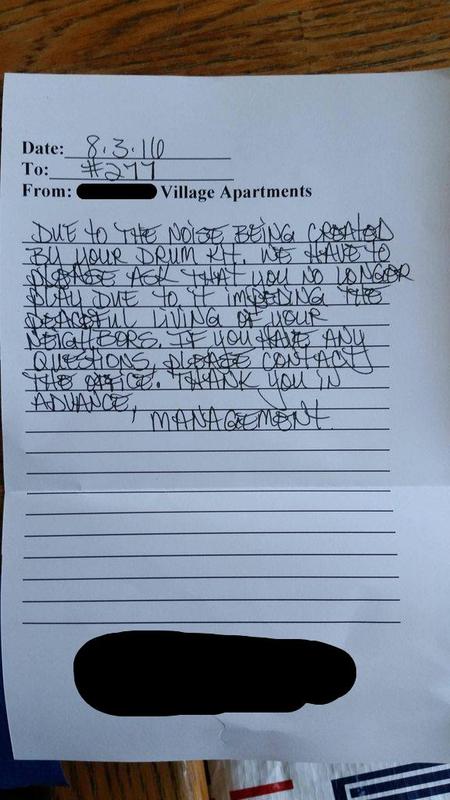 Having finally lost his patience he wrote on Imgur: “Psychotic neighbors ask my complacency in lowering my volume, which I do for months until I’m near-silent, and now it looks like they’re trying to get us evicted…I don’t know what they’re doing. I can’t afford to move.”

It looks like this man has been really accommodating to his neighbours but I can’t help feeling for that overtired mum.

Have you ever done something unusual to make sure your baby stays asleep?