Supreme Court Justice David Peek has stated that “some level of pain is permissible” when disciplining children during his ruling in the case of an Adelaide father and Air Force Pilot appealing a conviction for smacking his 12-year-old son three times in 2014.

The 43-year-old father and his son were having lunch with the child’s step-mother, when according to the father, the boy “disrespected” the couple and “threw a tantrum”. He proceeded to discipline the boy by smacking him three times, once on his bare thigh and twice on his shorts leaving him in “pain” but not “serious pain.” The boy was apparently left with redness that lasted for two days and “hurt a little bit for a day.”

Upon arriving home, the boy’s mother, the father’s former wife, called the police and the father was arrested and charged with assault.

In his ruling yesterday, Justice Peek said that “Some level of pain in permissible and in the present case there was little…the mere existence of red marks caused by the punishment does not prove unreasonable correction.”

“The pilot gave evidence that he tried to instill self-discipline in his son and values similar to those of the Air Force including respect, dignity and integrity.” 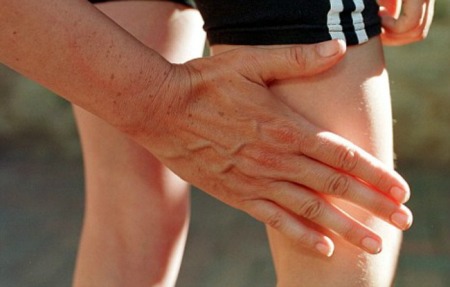 Is this ever ok?

As a parent, I know how it feels to be pushed beyond your limits. I have yelled and screamed at my kids, and even made the most horrendous sounding primal grunt at them when I just can’t take it anymore. I also have, on very rare occasions, given them a smack on the bum. It’s never been with much force, but as soon as my hand has made contact with them, I have immediately wanted to take it back. I don’t think smacking resolves anything, except for giving a parent an outlet for their anger when they just don’t know how else to deal with a situation. At least, that’s how it feels to me.

I refuse to smack my children again because to me, it feels like I’m being the worlds biggest hypocrite. One time I lost it and smacked my son on the bum because he was hitting his sister and pulling her hair. He just WOULD NOT get off her and no amount of screaming on my part was doing the trick, so I smacked him. “You don’t hurt your sister!” I screamed at him, “don’t EVER raise your hand at ANYONE ever again! How DARE you?”  It’s funny isn’t it, that my way of stopping him from hitting his sister was to hit him and in turn, doing the exact thing that I was telling him off for.  It was in that moment I thought to myself, this is bloody ridiculous.

More importantly, I don’t want my children thinking physical violence is acceptable. Ever. I don’t want either of my kids to ever think that it’s acceptable for anyone to raise their hands at them, much less them do the same to others, especially with domestic violence being the crisis that it currently is.

People say that kids have no respect these days, that there’s no “fear” for authority anymore. I’ve heard many people from my parents generation say things like, “you know, the days when you could give your kids a good smack taught them to respect their elders, that’s why so many kids are out of control these days.” I call bullshit on that. I think that a smack is a cop out, because jesus it’s hard work sometimes to restrain yourself. It’s hard work to find punishments that will make an impact and even harder to follow through with them. Telling a child that they’re not allowed to go to their friend’s birthday party because of unacceptable behaviour hits harder than a smack does. Following through with that punishment, once everything is calm and your child is crying because they’ll miss out is even harder. 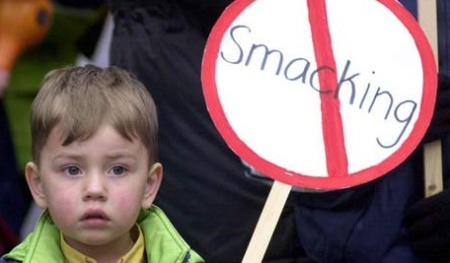 This kid gives his ‘no’ vote to the smack

Australia does not impose anti-smacking laws, and while I don’t think a parent giving their child a smack should be a criminal offence, I do think Justice Peek’s statement that “some level of pain is permissible” when it comes to the physical punishment of a child is irresponsible. Who decides what that “level” is? Is it a tap on the bum? Is it enough to leave a mark that lasts for a couple of days? Or is it something much harsher that for one family is acceptable but for another, would be considered abuse?

Do you smack your children? What do you think of Justice Peek’s comments?