When it comes to popping pimples and picking boogies I am all in but Adele has gone TOO FAR!

I’d rate nose-picking as one of my hobbies. Seriously, I love it. I love when I can feel a hard crusty one in there and after a dig around, pull out a beauty and examine it on my tissue. Gross, isn’t it? Well, I’d go as far as to say to anyone who says, “Ewwww…I don’t pick my nose!” that they’re a liar. We all do it. Crusties don’t just come out on their own, they need a little helping hand and if you fail to do this, you’d have a nose so chockered full of boogers that mouth-breathing would be a necessity.

I mean, what even IS snot? After some googling, here’s what I found – snot is mucous, naturally produced by the body’s nose, airways and even a bit from the digestive tract and thank God for it, because it serves a pretty important function. It protects our lungs, warms up the air we are constantly inhaling and keeps the lining of our nose nice and moist (there’s that word). Snot also helps collect stuff like dirt, dust and pollen that we breathe and when it gets trapped in our nose hairs (cilia), it dries up and forms a booger. So boogers are good, right? 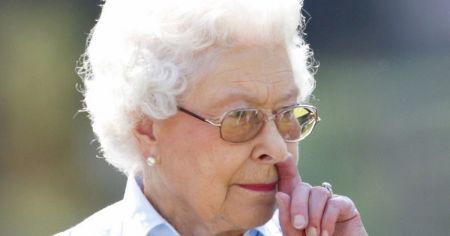 No one is immune to a good nose pick. NO ONE.

For all of my booger-picking love, Adele has well and truly trumped me. Big time. The smoothest voice in music admitted during a performance in the US that she loves indulging in a bit of gold-digging in her nostrils. Doing away with the refinement of disposing her snots into a tissue, Ads prefers to kick it primary-school style telling the audience, “You know when you pick one, put it in your hand, roll them and flick them?”

“You have to do something with the bogeys.” Girl has a point.

It isn’t just her own nose she likes picking, Adele also admitted going to town on her three-year-old son Angelo’s nose – something I also enjoyed when my kids were little, however she also said she enjoys picking her PARTNER’S nose. Now, that’s is a line even I would not cross. I’m happy to squeeze the odd pimple on my husband but when it comes to poo and snot we’ve hit too-personal, turn-off territory.

Adele’s snot revelations don’t stop there. Brace yourselves – if you have a squeamish stomach you might not want to read any further. Adele told the crowd that shortly after Angelo’s birth, she used her mouth to suck the phlegm from his nose when he was really congested. Stomach-turning, I know, but I sort of get this. The night my daughter was born, she sneezed and because of all the mucous and stuff lingering from the birth, her airways got trapped with gunk and she momentarily stopped breathing and started to turn blue almost immediately. We screamed out for a nurse who promptly rushed in, whacked her on the back a few times and then explained that these situations are quite common, particularly in the early days. In hindsight, if I’d though of it at the time I would totally have gone the snot-suck to get my kid breathing again. Would I make it a regular habit? Yeah, nah. I’m happy digging for treasure in my own bat cave.

Have you ever been faced with a snot emergency?